The state of the frontend ecosystem

The IT industry is known to be one of the most dynamic out there. And for a good reason: every day, new solutions, tools, libraries, frameworks, and approaches appear on the horizon, winning the hearts of programmers all over the world. It is particularly true for backend technologies, where tendencies fluctuate regularly. That’s why it’s vital to follow yearly reports and trend forecasts to stay up-to-date and improve your backend arsenal.

What about the frontend part, though? It wouldn’t be fair to say the customer-facing side of programming doesn’t undergo any transformation. However, some frontend technologies haven’t changed much, and they’ve been loved by the IT community for a long time now. The common choices include JavaScript, HTML, and CSS, the former of which prevails and constitutes a foundation for most modern frameworks. Battle-tested, JS-fueled solutions have indeed dominated the frontend landscape in recent years.

The word that we could use to describe the current state of frontend development is stabilization. Three major technologies – React, Angular and Vue – have strengthened their lead. Of course, there’s some novelty knocking on our doors, for example, Gatsby or Svelte, which seem to be liked by many programmers. In general, however, the top choices stay the same, and fresh solutions aren’t as hyped as in the case of backend development. What’s interesting is that slight variations in popularity of particular technologies are sometimes dependent on a geographical location; for example, React has dominated the American and Western European markets, whilst Vue is widely used in China.

Picking the right frontend technology for your project

Choosing the framework to work with often depends on the developer’s preferences and previous experience – but it’s not the only factor to bear in mind. What’s also important is the type and size of the project, as certain tasks require more structure, while others call for more flexibility and customization. Let’s not forget about the long-term roadmap, where we need to analyze aspects such as maintainability, user traffic, performance, and scalability, all of which have a huge impact on technological choices.

What options do we have, then? Let’s take a closer look at our top 3 frontend technologies.

React is the most commonly used web framework, according to the 2021 Stack Overflow Survey, with significant dominance over jQuery, which secured second place on the list. On the market since 2013, this open-source frontend technology has gained numerous supporters within the tech community. What makes it so loved?

First of all, frontend enthusiasts seem to appreciate its easy-to-learn syntax. It’s relatively simple to start a React project and actually deliver a basic app (for example, using the Create React App environment, which is perfect for beginners). Also, React has one of the biggest communities out there, spread among multiple forums, always ready to help and support other in programming efforts. From the Product Owner’s point of view, it also means there’s a large talent pool, making it easier to find experienced React experts for a digital project.

Another advantage of React is its flexibility and customizability. Programmers have a huge dose of control over created components and can adjust them based on the current project needs. As we all know, the software development process tends to be dynamic, so the ability to modify things “on the run” always comes in handy. However, the freedom of choice might also be tricky for those who’ve only just begun the React adventure – implemented by an inexperienced dev, it may result in inconsistencies and chaotic code structure. 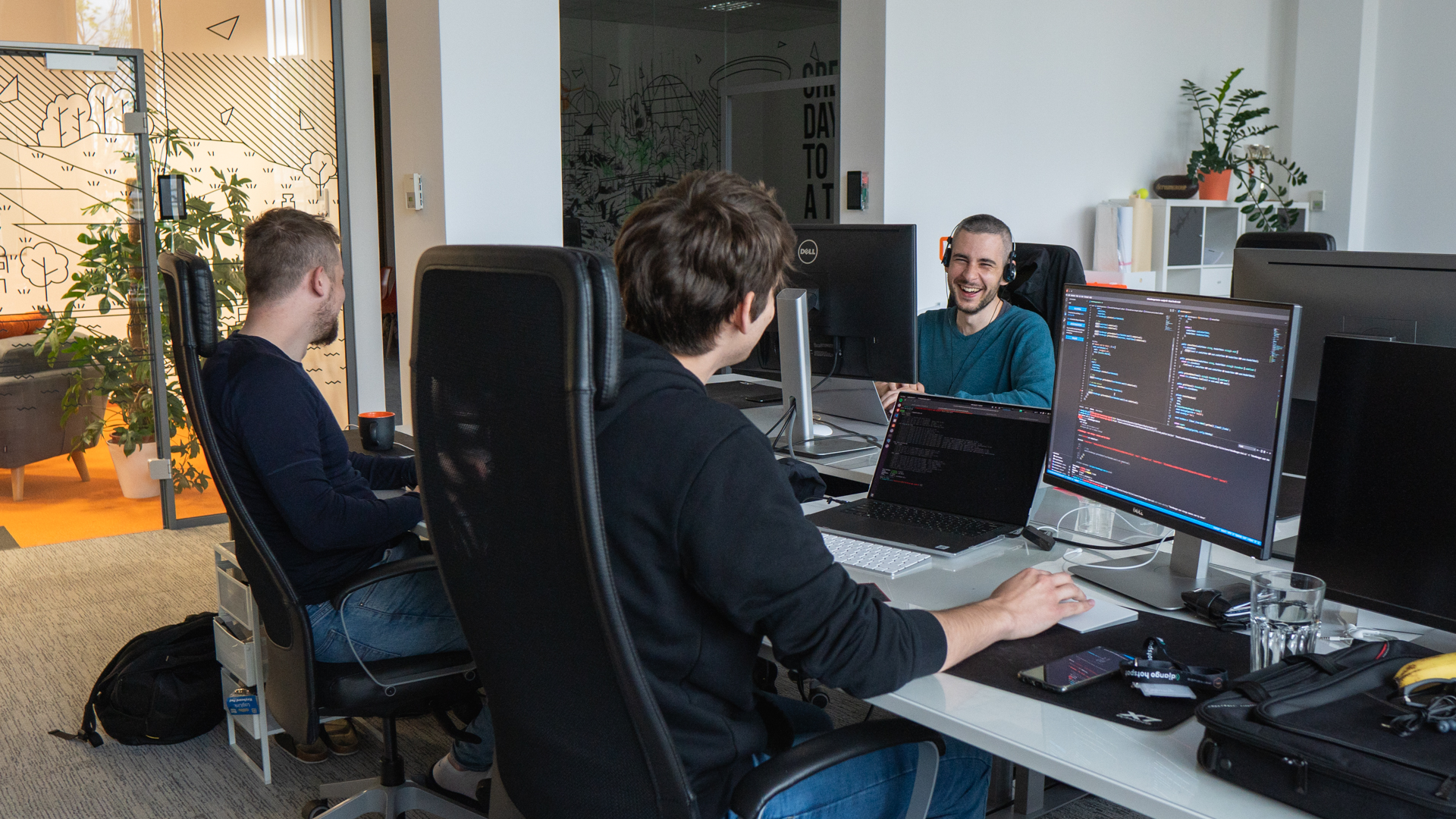 Staying on the right track is facilitated by multiple tools supporting React development. One of them is React DevTools, a Chrome extension allowing devs to inspect particular components. Styling components is possible with the styled-components library, which uses CSS and is dedicated to React and React Native programmers. The result is that when the developer defines their styles, they’re actually creating a normal React component that has these styles attached to it. And let’s not forget about the famous React Hooks, which are functions that let developers use React without classes.

Finally, there’s arguably the most common React framework, Next.js, that provides engineers with multiple features, such as SSR, image optimization, fast refresh, or analytics. All those (and many more) additions combined make React development a smooth and pleasurable experience. A cherry on top: React can also be used with TypeScript, giving devs a whole new range of possibilities.

React has proven itself a good match for different kinds of projects, both in terms of vertical and complexity. It’s a particularly great choice for MVPs since it ensures a quick feature delivery and leaves room for adjustments along the way. However, it also goes well with more complex projects.

To learn more about React use cases, you might want to check out our case studies:
🔸an online marketplace for Burrow, a Y Combinator seeded startup
🔸a business insurance management system for the US-based company
🔸a multi-component system for managing the offer of Leo Trippi, a luxury travel agency

Let’s shift our attention to the youngest of the three frontend technologies mentioned in the article. After six years on the market, Angular is still in the top 5 of the most commonly used web frameworks and finds recognition among the IT community.

This TypeScript-based frontend technology created by Google is a perfect match for bigger, corporate projects. Why is that? It boils down to the specific code structure, which follows a clear set of rules and offers built-in modules. In this regard, Angular is much less adjustable than React – but it’s not necessarily a bad thing. It simply means a standardized project architecture that ensures a better order in long-term projects, especially the backend-heavy ones like financial applications. It’s worth keeping that in mind when choosing the best technology for your own project. Angular is also a perfect choice for software modernization, since many enterprise apps are built with it.

To get a better grasp of what kinds of projects can benefit from Angular, check out our case studies of:
🔸Netvico, an intuitive digital signage content management system
🔸Evercoast, an industry-leading volumetric capture, rendering, and streaming platform

Similarly to React, Angular is accompanied by additions that facilitate the daily work of developers around the world. One of them is RxJS, a library for reactive programming and data streams management. It ensures the view in the application is automatically refreshed once the data has been modified. Another nice option is Angular Language Service, which provides a better code editing experience for diverse Angular-based projects.

Last but not least, there’s Vue.js. It is a small-sized framework present on the frontend scene since 2014. Vue.js is considered relatively simple and straightforward to learn and has been appreciated by the IT community, becoming one of the most liked and used solutions. 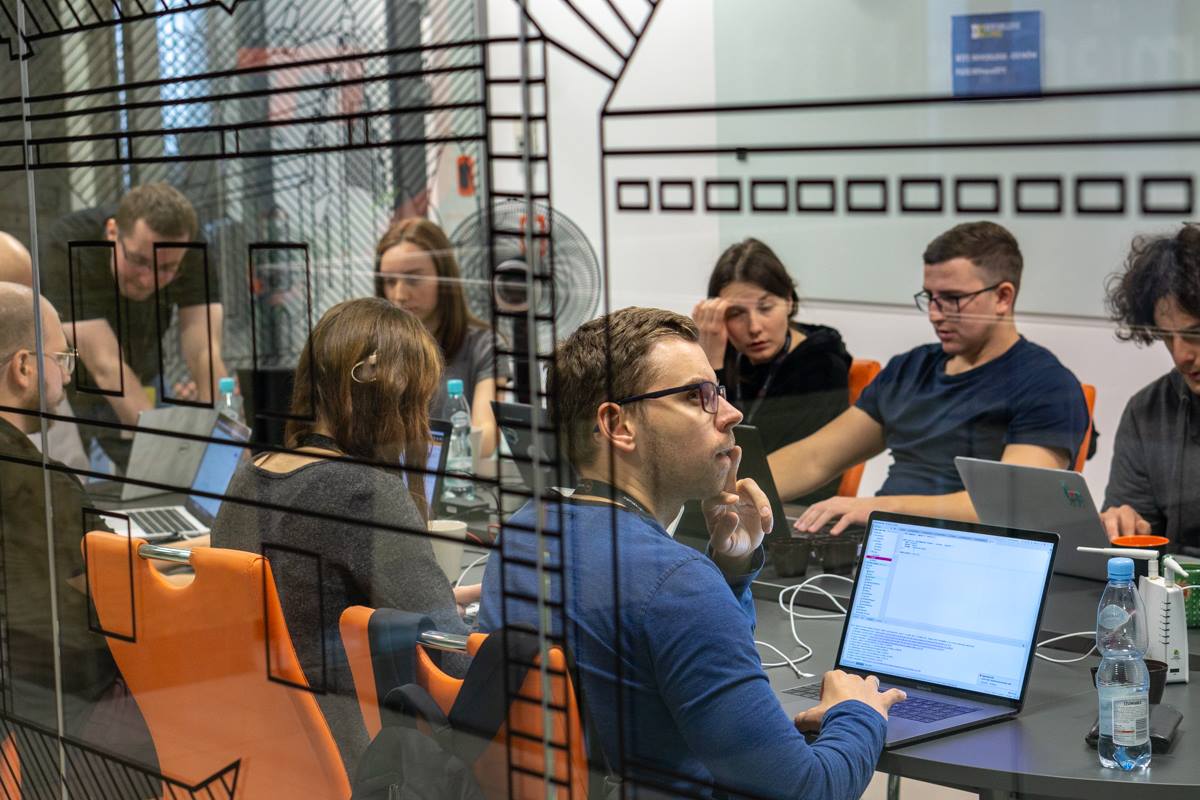 Despite the simplicity, Vue.js also comes with many internal components and an imposed code structure. In the fall of 2020, the newest, more maintainable version of the framework was released. What does it mean in practice? Vue 3 provides developers with a huge dose of new features, such as Composition API (inspired by React Hooks), better TypeScript support, and routing components (there’s no need to use any 3rd party libraries for this purpose, as with React).

In terms of customization and structure, Vue.js seems to land somewhere between React and Angular, which makes it a versatile framework working great in both mid-sized and large projects. Vue.js proved to be a good fit, for example, in Genuine Impact, a powerful risk management platform, where it was used to deliver components for the RWD web app.

How to make the most out of Vue.js possibilities? Multiple tools increase its efficiency and turn Vue development into pure pleasure. One of them is Nuxt.js, which enables programmers to create SEO-friendly single-page apps and server-side rendered web views. It also introduces even more structure to simplify the app configuration and setup. Another helpful addition is Vuex, a shared state management library, indispensable in many projects.

Adding something extra to the mix

While the frontend podium has been unchanged for quite some time now, a couple of other technologies have emerged as well. One of them is Svelte, which, although relatively young, has become the most loved framework according to the Stack Overflow Survey 2021. It’s a fast and light frontend compiler with a small but quickly growing community. A low learning curve makes this technology particularly interesting for beginner developers.

Another technology worth mentioning is WebAssembly (Wasm, for short), a portable binary-code format that can be used with any operating system or programming language. It’s a safe and efficient tool, enabling smooth deployment on the web.

Trends are a good indicator of the current market shape, but we should never take them at face value. As with everything in life, it’s beneficial to treat each case individually to apply the most suitable solution. Achieving your project goals is possible if the frontend technology choice is strictly linked with the product vision, business objectives, and target audience.

Not sure which framework would work best for you? Our tech experts will be happy to help you find the answer!

June 22, 2021
Outdated software slows down your growth? Bet on modernization!
X
READ WHITEPAPER
Don’t put off modernization any longer!
The only constant in life – and software development – is change. The trick is to modernize without disrupting your business’s growth. How? Learn by reading Modernize and grow! READ WHITEPAPER
X