The US Insurance Market Landscape

The biggest, the greatest

Given the ever-growing capitalization of the market, the US insurance industry is the biggest one in the world owning almost 40% of total global insurance premiums. 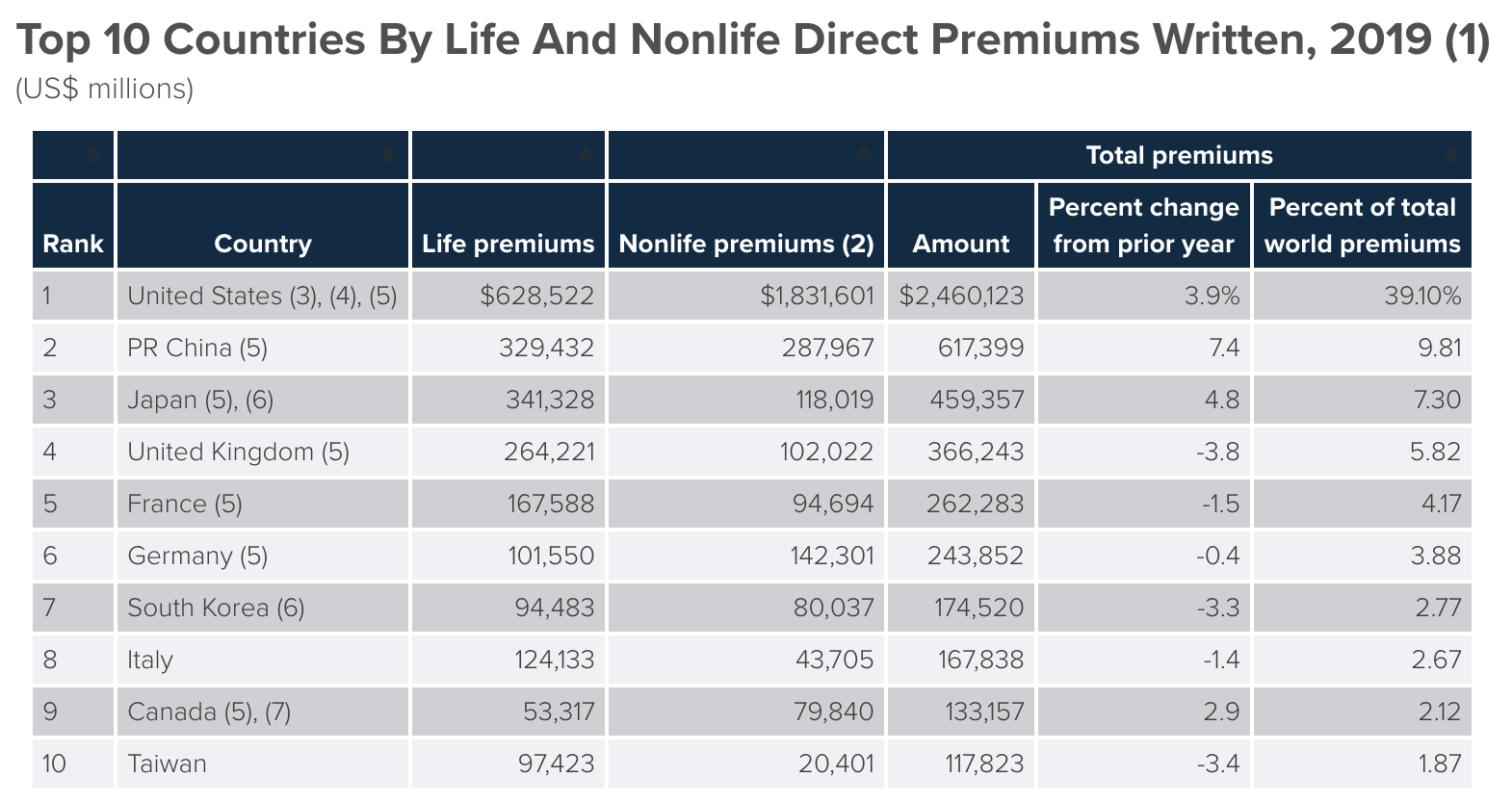 The market is huge as well as diversified, however, we can distinguish two main sectors:

Within these two areas, almost 6000 companies run their businesses and the whole industry provides employment for 2.8 million people across the country. Fun fact - the nation's oldest insurance carrier still in operation is Philadelphia Contributionship co-established by Benjamin Franklin, one of the Founding Fathers of the United States. And as for the biggest ones - the top four companies in the US market moved past 500 bln USD assets under management with the leader's - Prudential Financial value of assets reaching almost 900 bln USD. 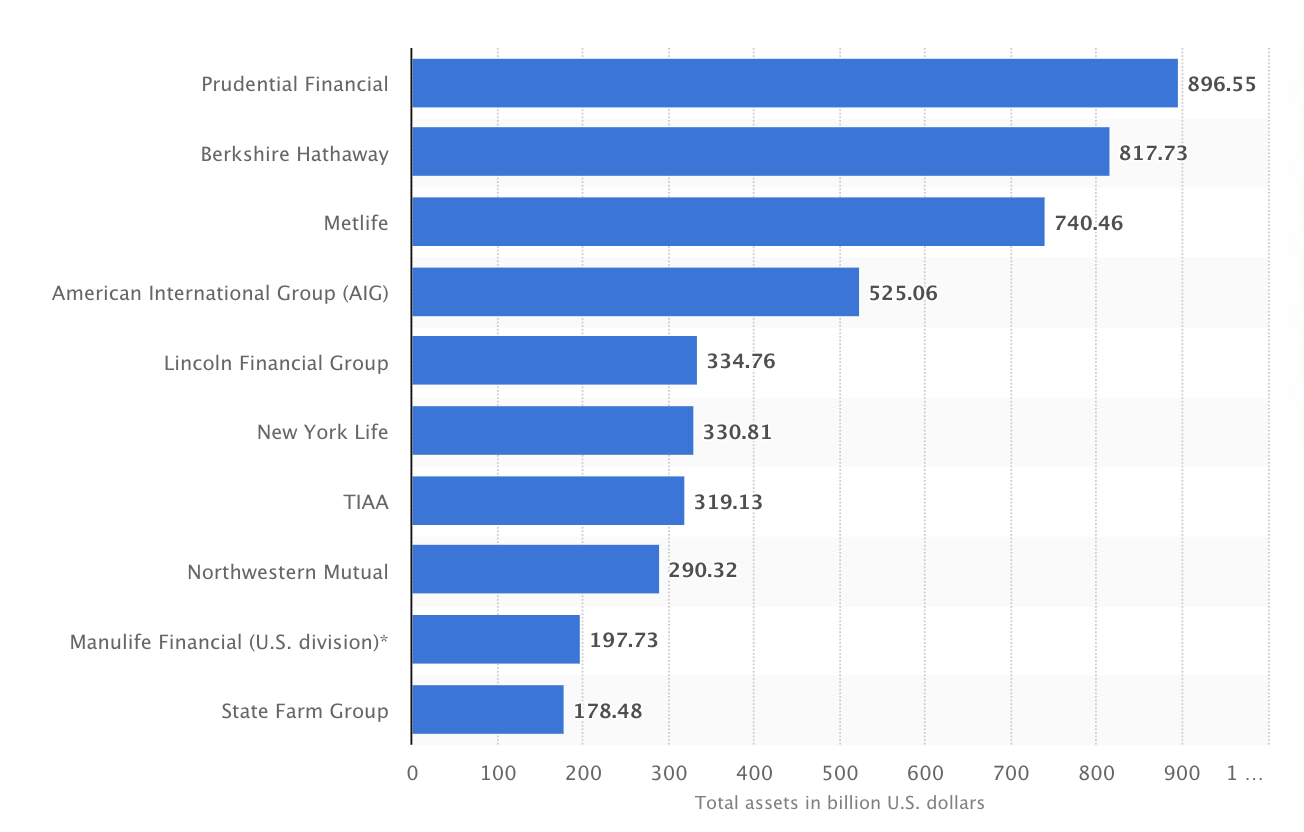 US insurance market background and characteristics

What has shaped this mature industry – which, when compared to its Chinese counterpart born in 3000BC, is not that old by the way? Largely the fact that the USA is definitely not a small country - both in economical and citizenship numbers. But there’s a whole range of factors driving the dynamic growth of the US insurance market. The size and the geographical location of this country translate to its natural predisposition for catastrophic events like earthquakes, floods, forest fires, tornados, and droughts. That has been significantly formed the industry from the very beginning, in times of fires that persecuted big cities till now, the age of climate change with increased risk of hurricanes and other sudden and destructive meteorological phenomenons. 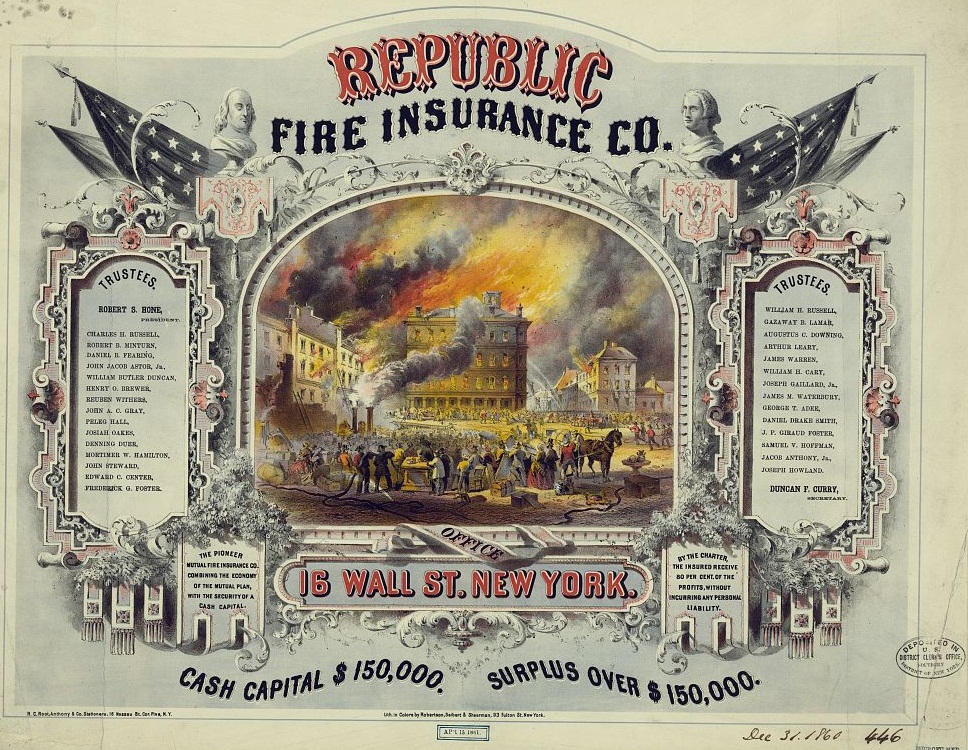 However, aspects like American commitment to private property and freedom in personal and market fields have been equally influential. They had a huge impact on economic and social systems adopted by the United States, which both support creating a favorable environment for insurance companies to develop.

What’s quite unusual - when compared with the rest of the biggest financial markets in the world - is the size and importance of the health insurance of the market. That’s the result of US social politics which burdens the citizens with selecting and subscribing to health insurance plans on their own at the private provider. In other words, if you want to use healthcare services in the US, you need to insure yourself on your own, or you risk getting a hefty bill from the hospital when you’re released. No wonder a typical American spends on average about $5,000 a year on healthcare including insurance. That created a vast market with a potential number of clients higher than anything else in the US.

Life and Long-term Disability insurance are pretty known and popular all over the world, so there’s not much explaining needed, but the characteristic part is, of course, the fact, that with not many social programs put in place in the US, there is not much help from government you get in case you have any bigger problems. That makes these insurance types also quite popular in the country.

Car insurance works also the same as in Europe, Asia, or almost anywhere in the world, but what’s interesting is the fact, that in some states it might not be mandatory! In case of an accident, the culprit would have to pay all damages from their pocket.

Digital transformation in the US insurance market

Why technology is so wanted in the insurance industry in the USA?

The insurance sector in the USA - as it happened with banks - is often cited to be out-of-date, overcomplicated, and not really customer-oriented. These problems underpin InsurTech development in the US and require a deep understanding to be solved by technology solutions.

The main headache of the industry is overcomplication. Within the offer of the same insurer, you can have few (or more) packages of insurances for families, there might be some differences in offer in case you’re insured at your employer (where the insurances might be provided as a benefit), and there also might be offers differing due to pre-existing conditions or a need to get insurance your partner as well.

Learn how we’ve helped a USA-based insurance agency to improve the user experience and code of its app!

Additionally, the US insurance market has been highly regulated since its beginnings. One has to consider the differences in requirements for mandatory coverage in different states - for example in relation to car insurance. Regulatory nuances and complications also build a bit of a steep learning curve for consumers who are about to insure themselves without a need for help from an insurance advisor.

The industry is also considered to be a bit outdated, with a slow innovation pace and the growing average age of agents working in the business (sources quote numbers as high as 60 years old!). The current reception of the industry doesn’t attract young people to the companies, which is just the thing that might help reverse both of the trends mentioned above.

One would think that the sheer size of the market gives it a lot of space for innovation and technology to go in and disrupt the old standards. The capitalization of the industry is there, the technology is outdated and customers are just waiting for this to happen. And even if US InsurTech is one of the most innovative in the world (in FinTech Global’s Insurtech 100 for 2019, the US claims 39) of the companies listed, there are a lot of inhibitors, slowing down the evolution of the market and almost closing a door for a bigger revolution. What are they specifically? 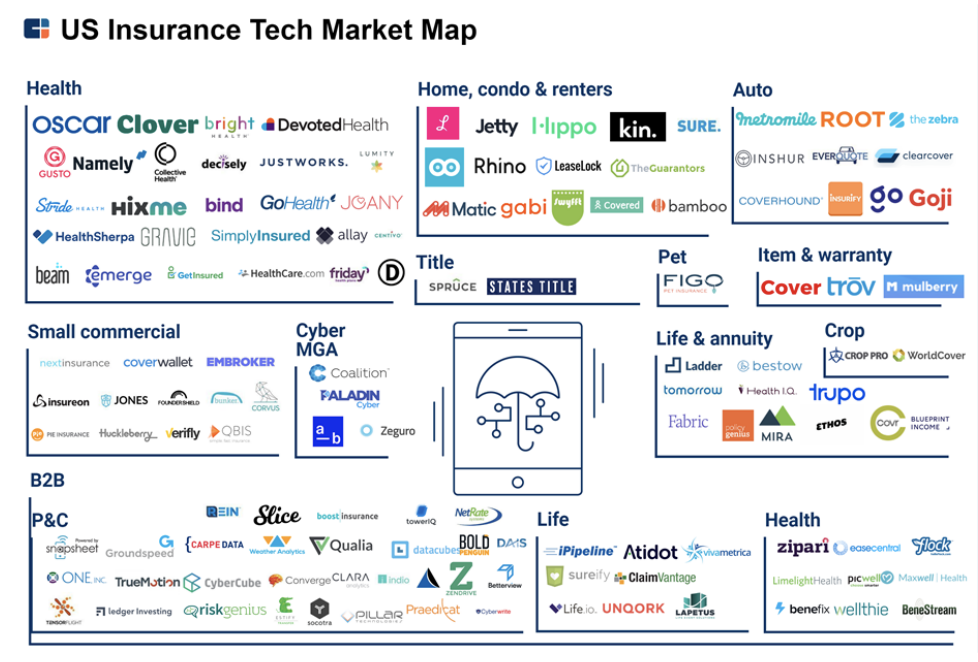 InsurTech faces pretty much the same problems as banking fintechs just a few years ago. The answer for them was Open Banking. It started life as a concept for a set of regulations, built on an administration level, to make sure that these force banks to open up their data and allow them to be used by independent developers. In turn, they really helped the whole Fintech industry flourish, giving the startups access to information, on which their applications might build their content on.

Everything you need to know about the Open Banking revolution in our comprehensive overview!

There is no such idea for a common API for insurance getting traction yet though, so getting this data for Third-Party developers would be next to impossible at the moment. What’s more, the insurance data tend - at least for the US market - to be even more sensitive than the one stored at the bank. For example, the social security number, which, when taken over by an unauthorized person, might be used to even steal the US citizen’s identity!

The sensitivity of data makes the regulations very strict. And very complicated. For all 56 states and territories, coordinated in their efforts through the National Association of Insurance Commissioners (NAIC), these might differ a bit, and getting authorized for access to the data required to create a whole market-disrupting application is pretty hard.

So unlike how it worked with open-banking and big market disruptors - like Revolut, for example - the direction taken in the insurance industry is more of a support of existing institutions’ one.

Basically, the innovation in US insurance market is not coming from outside game-changer parties, but it’s being driven by companies from the market, which are interested in upping their game on market. According to McKinsey 61% of insurtechs position themselves as providers and not as competitors to traditional insurers.

This creates two problems - firstly, the tempo of innovation is slowed down by the ability of companies able to adapt it. Given corporate standards and robust structures of existing market actors, this is not a quick process. Another thing is the one already mentioned - the average age of decision-makers and workers in the industry. Of course, that’s a generalization - but given the fact that the young generation is not so interested in the industry, the lack of interest, the lack of fresh blood, and innovation come. So the tempo of change is much slower than within the banking sector, where regular banks had to play catch-up quickly, to provide at least some more features and comfort which was offered to customers by the neobanks. The digital transformation was led by outside actors more than from within and that’s why it was so rapid.

And lastly, what is worth mentioning, is the fact that the American tech talent pool is quite limited - the number of unfilled IT jobs in the USA reached almost a million in 2019.

Why is it so hard to find and hire talented developers? Check our analysis.

That translates to a high price of developing such an app or solution might be also a bit too high to consider the move to more up-to-date ideas of serving customers.

How to speed up digital transformation?

How could this transformation be sped up? In my opinion, there are two ways, which could be considered simultaneously. Firstly, there is already Open Banking in place and it’s being used by the finance sector all around - not only for banking products. Thanks to the safe and open access to customers’ data, the process of confirming the ID of a customer is much quicker and reliable. Insurance companies could also gain access to the claimants’ bank account number in order to complete the cash payments and reconciliation quicker and smoother for customers.

The second idea would have to be centrally planned and coordinated by the NAIC - and that would be to create a set of rules and procedures similar to Open Banking, but for the insurance market. This initiative could benefit from the previous one - and use some of the analysis of risks, dangers, and good ideas considered when Open Banking was developed. This way the process of rafting the changes would be shorter and less troublesome.

Will the digital revolution in insurance ever happen then? This depends. It would require the regulations to go for some unification among the states and reduce the differences between local laws, but on the other hand, there is a lot to fix in this system. So there might be a lot to do, but the company which embraces this revolution first and most successfully, will probably win big-time. It’s a question for them if they think it’s worth it.

Looking for an IT partner that understands the background of the insurance industry? Check our FinTech expertise and schedule a call!

How to use open banking platforms? Integrating Django with Plaid

March 24, 2020
Learn all about the risks and opportunities of mobile scaleup.
X
WATCH EXPERT DISCUSSION
How to ensure healthy mobile app growth?
In the product lifecycle, the growth stage comes with challenges, risks, and opportunities. We share the design and development tips on how to prepare your mobile application for scaleup. WATCH EXPERT DISCUSSION
X