TechDay London is one of three TechDay editions held, the other two being held in New York and Los Angeles respectively. The event itself provides its attendees with a platform to seek investment, mutual support and continuous growth. Taking part in TechDay, you can expect to come across an eclectic mixture of individuals who, when gathered in one place, create a fascinating atmosphere.

Here’s a more specific list of professionals you’re likely to meet at this event:

Old Billingsgate: where the magic happens

The TechDay event we attended took place just 50 meters away from the banks of the River Thames. The venue was the Old Billingsgate, whose history dates back to the Victorian era. Constructed in 1875, the building was primarily home to the world’s largest fish market during the 19th century. Today, it’s one of the major London landmarks and home to many renowned events, including TechDay London. 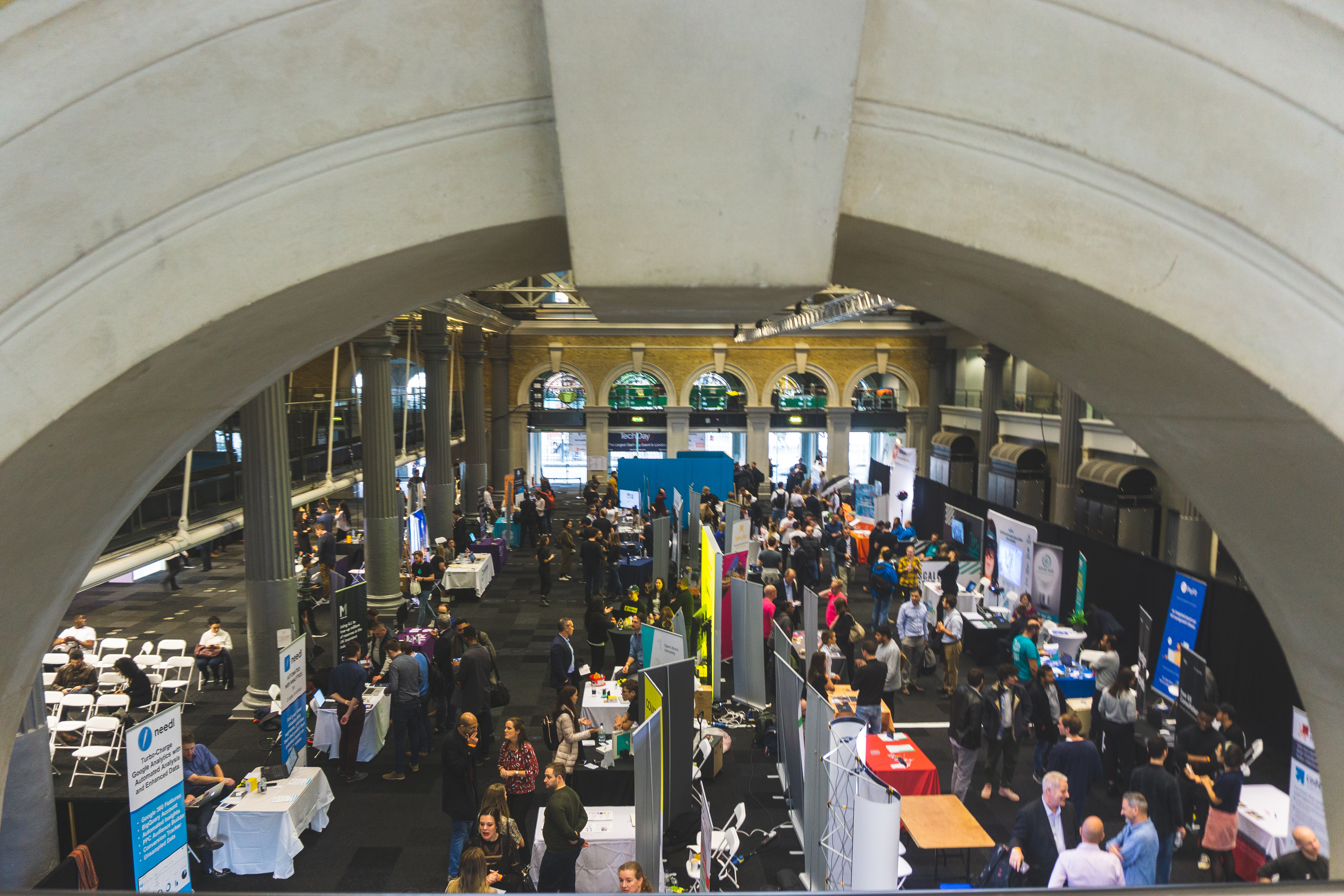 Today, the Old Billingsgate is a well-known event venue

What can startups expect from TechDay London?

On the one hand, it gives you the chance to pitch potential investors, run product demos and tell your story to the tech world. On the other - you can treat TechDay London as an opportunity to touch base with and find out about potential service providers ready to support you in scaling up your startup or product alike. What’s more, TechDay this year had a fantastic meeting app where you could find, match and schedule rendezvous with potential business contacts. 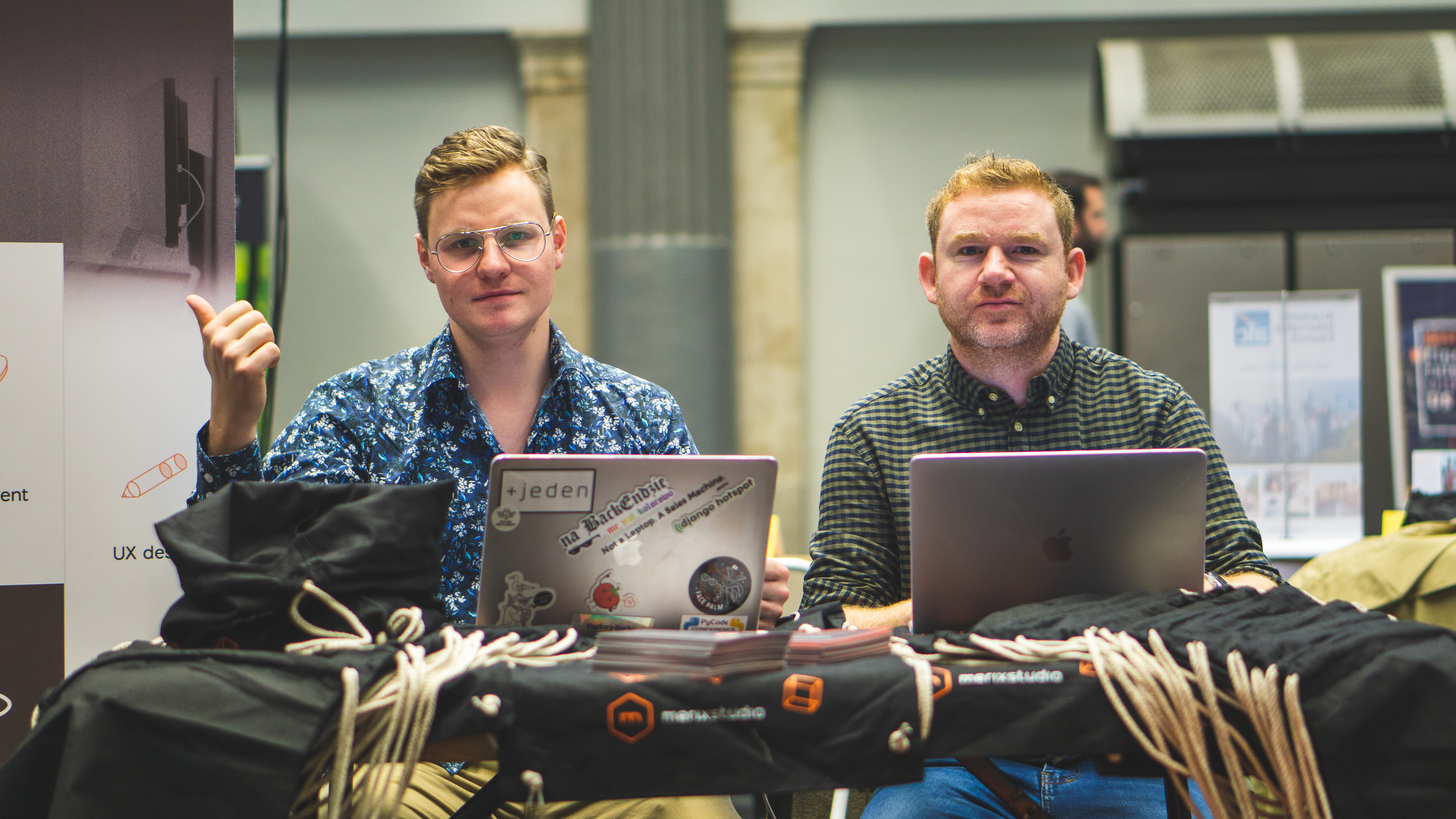 And here's our stand at TechDay London 2019

I have the impression, however, that the organizers are rather putting expectations on the fact that the event is completely free to register to draw attendees. Taking part in TechDay London, you could spot very few booths of large companies. MailChimp and WeWork - these are just two major names on an event that should attract a lot more attention from big players.

In fact, the event could benefit significantly from being more than just a stage for startups pitching and running product demos. TechDay would instantly gain value if it offered mentoring lectures for young entrepreneurs and took advantage of its convenient location in central London. The potential is here so let’s hope the organizers will step up their game in the years to come.

Merixstudio on TechDay: promoting our vision with expertise, networking, and… socks

As a more mature business, we are always chasing new opportunities to gain more visibility and recognition in various locations across Europe. That's why we attended Tech Open Air 2019 held in Berlin and such was the case with London as well. The event did not disappoint as it gave us an arena to bond with many people from a wide range of verticals. 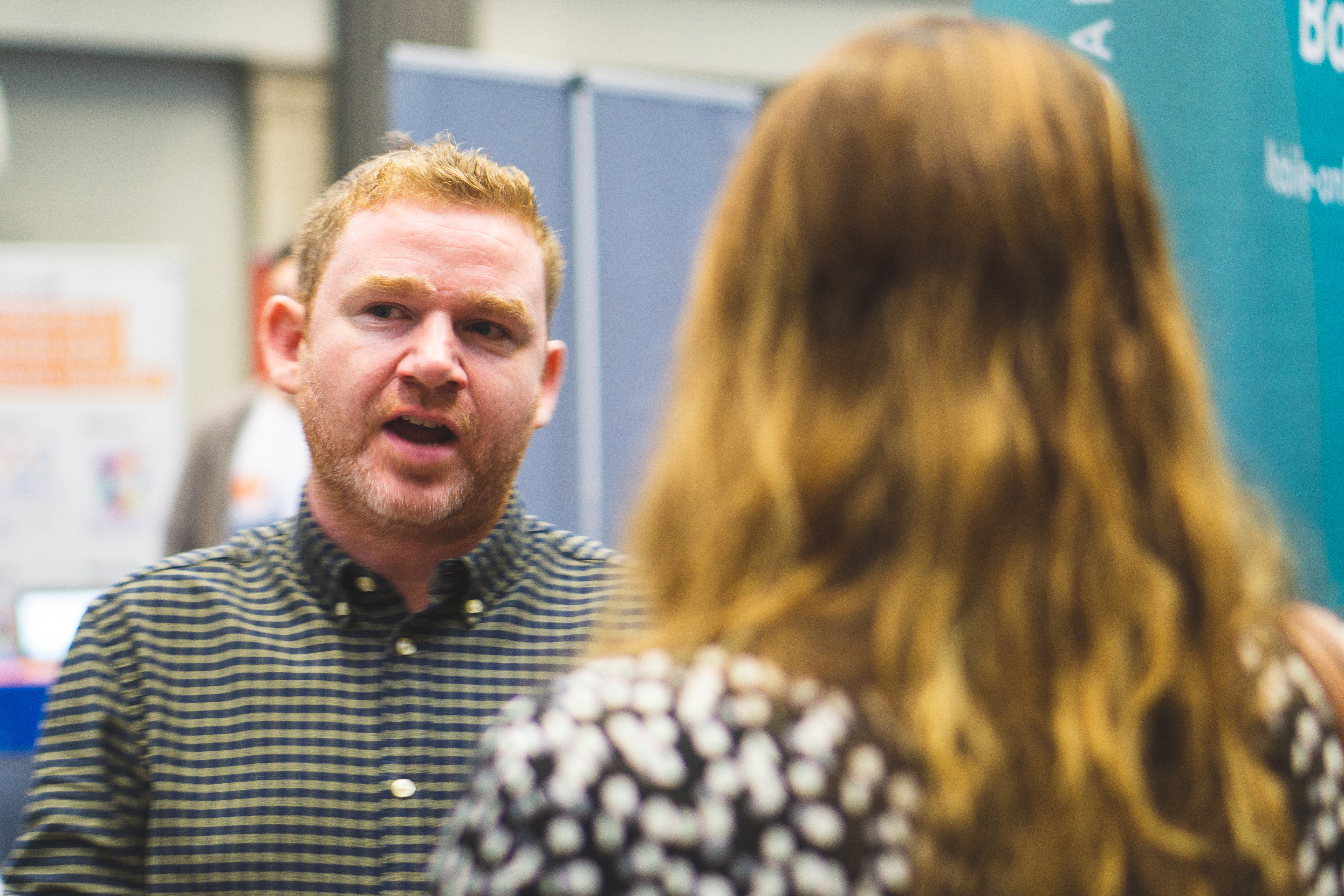 TechDay gives you a chance to network with all types of tech professionals... 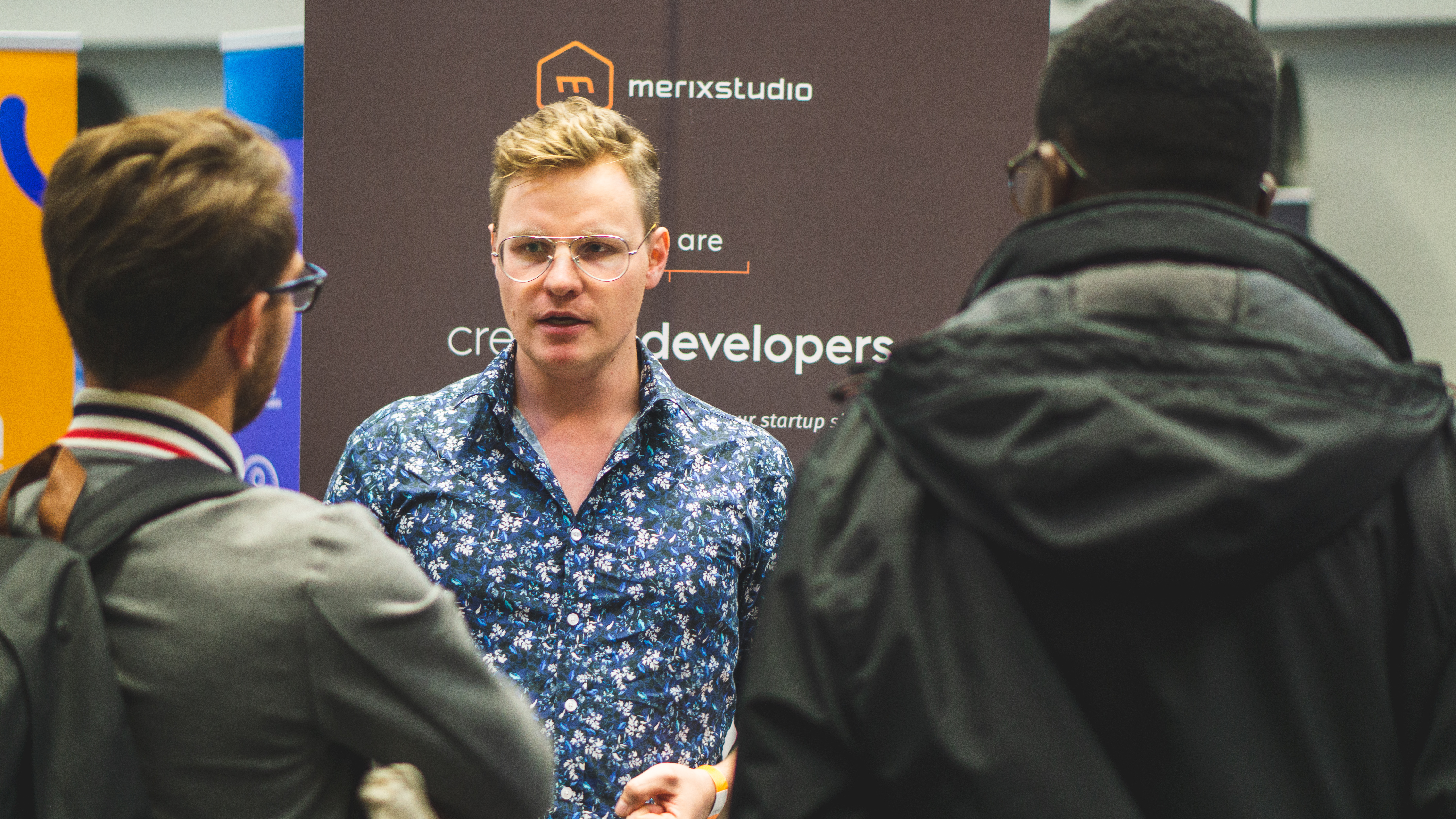 ... and to introduce your business to a larger audience.

We discussed tech trends over a cup of coffee, made new connections and distributed our highly sought after merchandise. It turns out that Merixstudio’s branded socks, bags and stickers were the most sought after offerings on this event so we were happy to save people from getting cold feet. 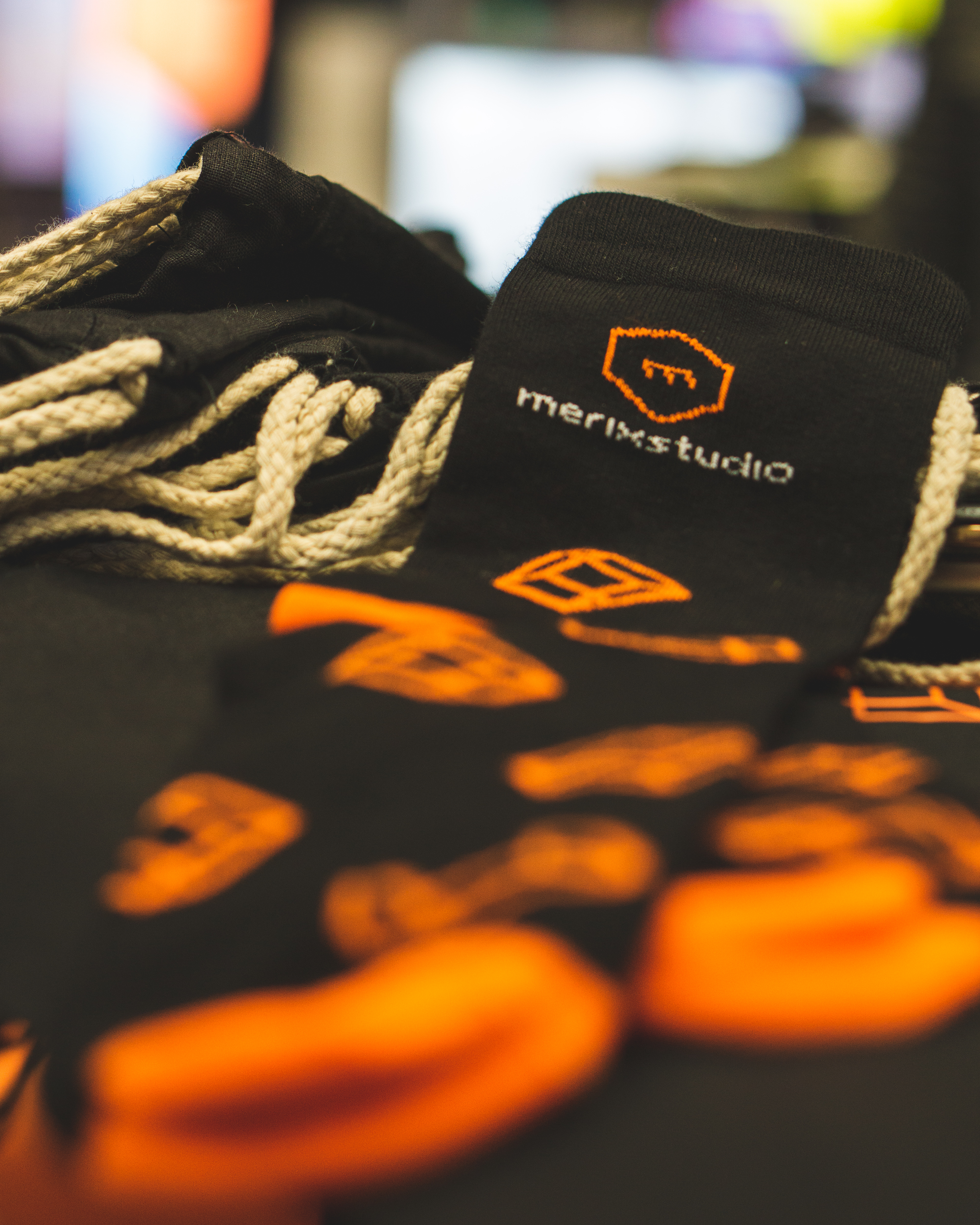 Overall, as a TechDay London exhibitor, I found this event an opportunity to share Merixstudio’s story and sync with local professionals who had interesting ideas that are yet to be realized.

As many of our clients, like Moneyfam, are based in London it’s always a good idea to prolong our stay in the United Kingdom’s capital by a day or two to pay them a visit. This time, myself along with my colleagues Michał & Karol caught up with Genuine Impact - our client who is making waves in the FinTech industry on both sides of the Atlantic. During our visit to their office in Rise in Shoreditch, we shot a video interview together. Our clients really value such moments as they provide an opportunity to share their story and let the world know the direction where the company is going. We also got a chance to catch up with local contacts face to face.

Being a Scot born and bred, I couldn’t miss the opportunity to introduce my Merixstudio colleagues to the essence of British food. For fish and chips, we went to the Spitalfield Market. To complement the London experience, we visited some old local pubs such as the Princess of Prussia, which, as we later found out, had been a watering hole for over 200 years.

July 11, 2019
About to launch a startup? Learn how to make your journey safer and less bumpy!
X
READ REPORT
About to launch a startup?
Check out the State of Early-Stage Startups 2021 report! We hope that drawing on the insights shared by the more seasoned colleagues will help you, the early-stage founder, make your entrepreneurial journey safer and less bumpy. READ REPORT
X