This year’s conference was the 12th edition of PyCon PL organized by Python community in Poland. Merixstudio once again (check the recap of the PyCon PL 2018)  is a proud sponsor and supporter of the event. This time we acted not only as a sponsor, but we had a chance to share our knowledge by organizing a half-day workshop and giving a speech on Django security. Set right in the middle of the venue, the Merixstudio stand engaged the attention of many participants with our appealing multiplayer Snake adaptation, catchy quiz and Anita and Natalia welcoming attitude. 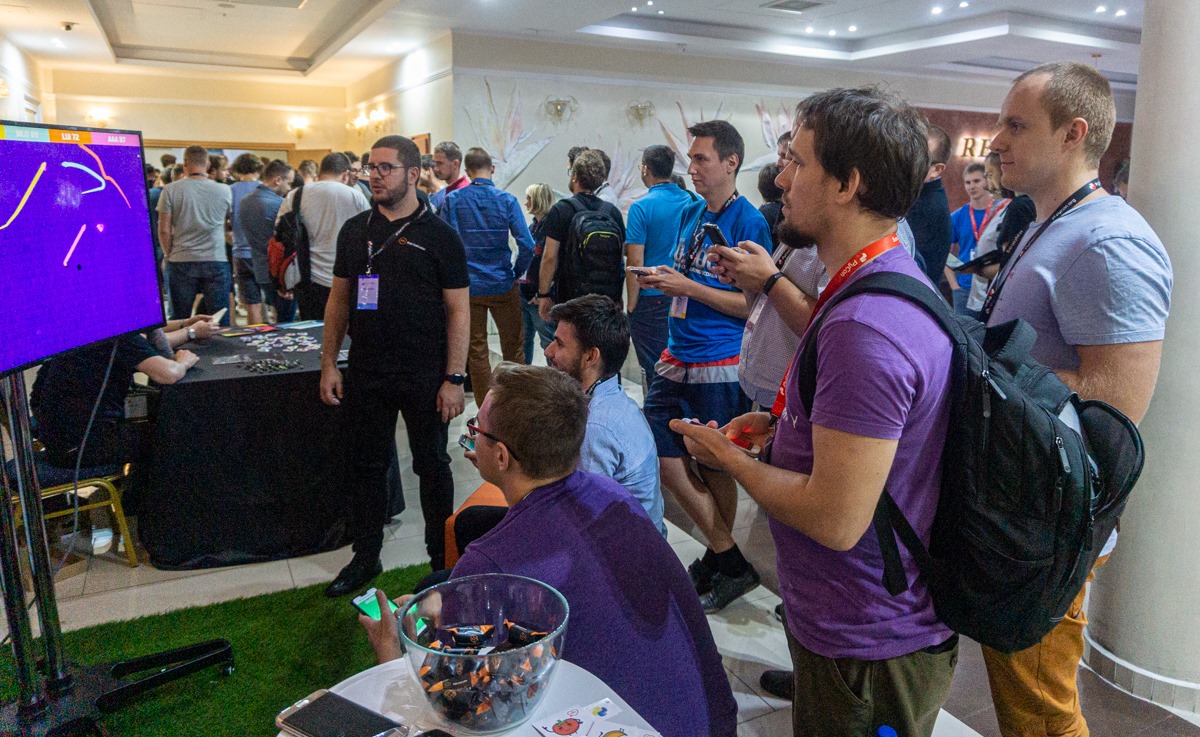 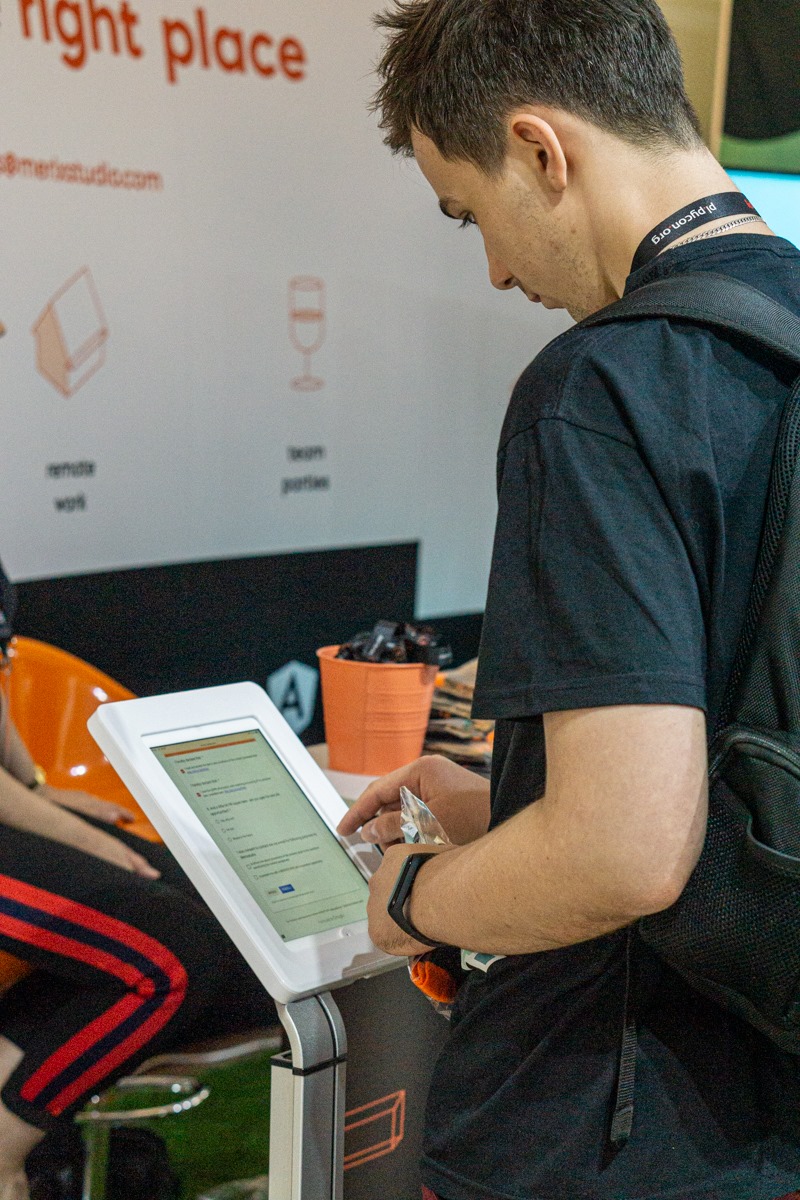 Don’t mess with Python! Friday for the clean code.

This year we arrived just in time and made it to the Thursday’s afternoon opening, which was followed by Kamila Stępniowska talk on how data science powered by Python helps people to make their everyday life healthier, safer and more productive by granting equal chances to diverse communities. Long Thursday evening ahead of us was a great time to strengthen bonds with our new teammates and get pumped up about the next coming days full of interesting events. Grzegorz Kocjan's talk on clean architecture adaptation in Python was the highlight of Friday’s morning. Many of us are inspired by Kevlin Henney's clean code approach, so it was very rewarding to see how it applies in Python and how the latest 3.7 helps you to keep up with static typing and datatypes. 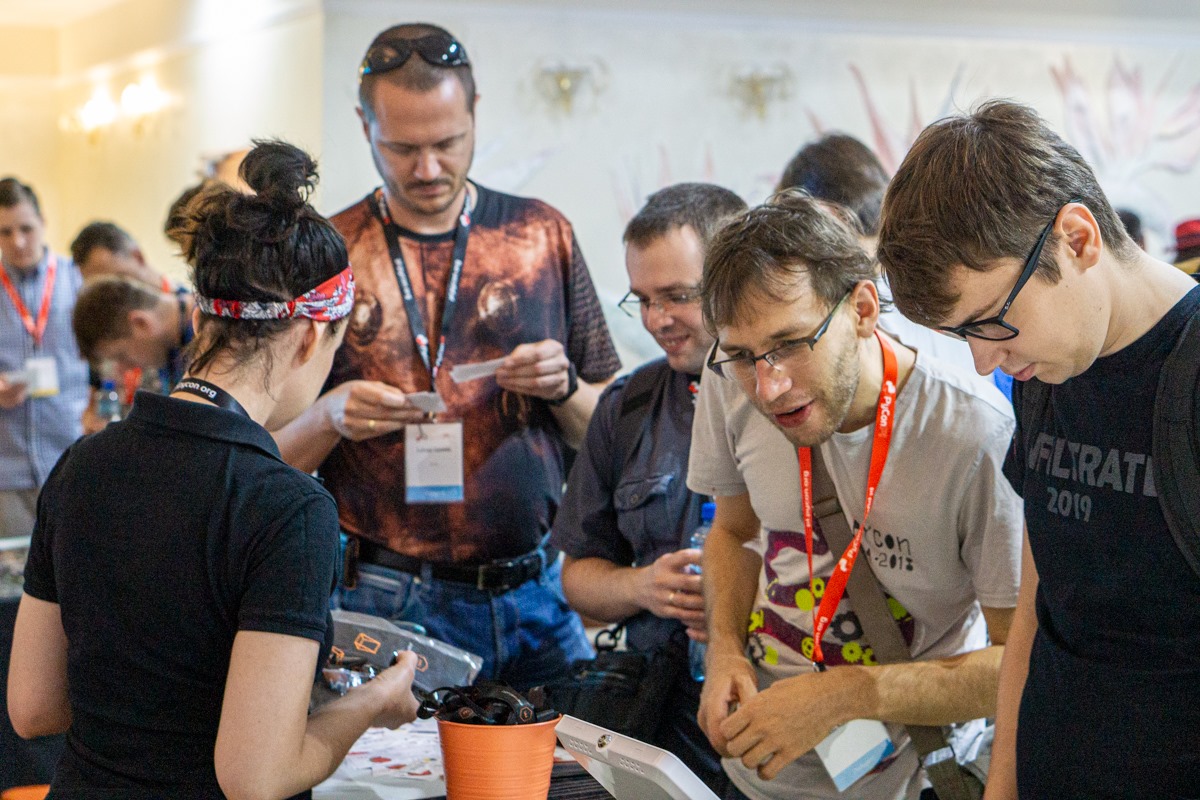 Friday afternoon was the moment you could notice how year by year the event grows. The number of participants suddenly doubled, as there was a stream of newcomers arriving straight after a workweek. The day talks were concluded by Karla Fejfarová, a biostatistician, and her interesting journey through genomics supported by Python tools.

As we headed towards the evening there were many activities available for everyone. The main one, a programming challenge attracted motivated contestants. We spend some quality time within the Merix team playing table tennis and board games.

Saturday was a big day for Merixstudio. Four of us, Miłosz Kusiciel, Jan Śliski, Mikołaj Jankowski and me, launched workshops on the implementation of Two Factor Authentication in Django. In a striking coincidence, the same day new laws under PSD 2, the EU directive regarding additional security matters for the banking industry, including extra authentication steps to access Internet banking systems have come to life. We have taken the workshops attendees through a short presentation on how modern authentication tools are built based on One Time Password. 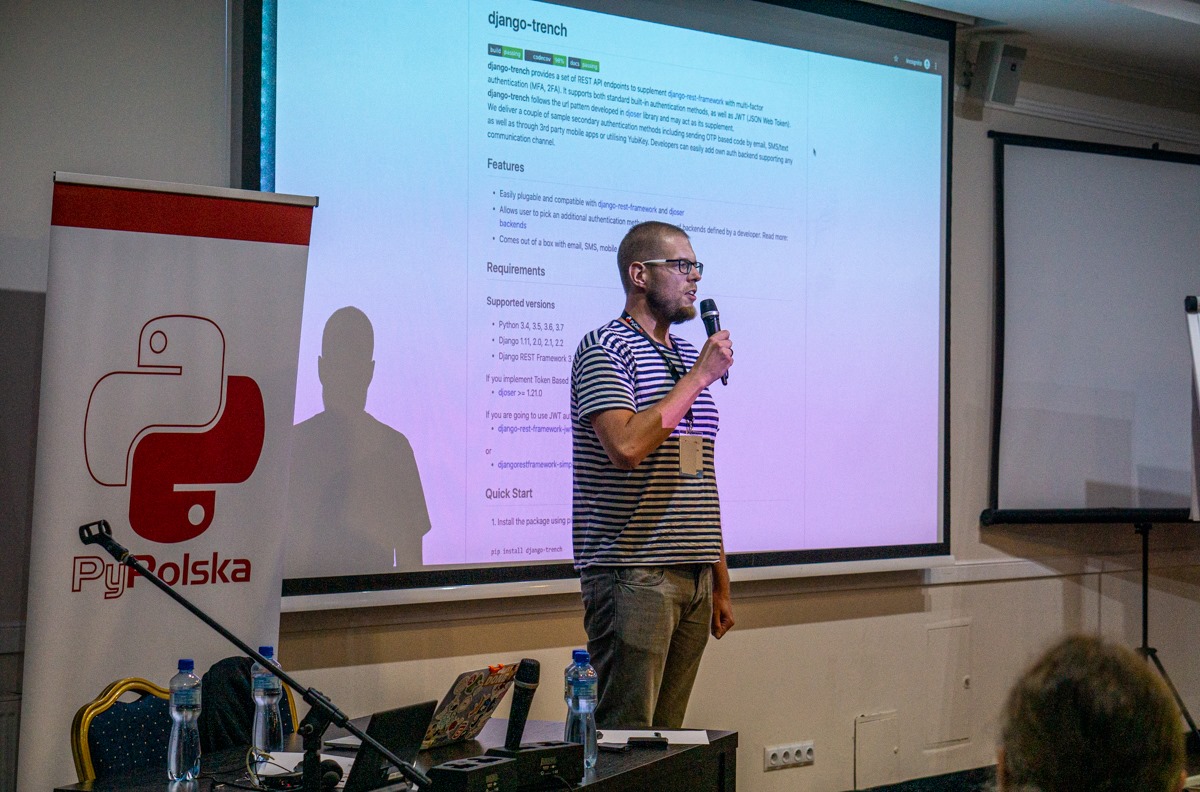 With a solid background on how the magic happens, we have cracked on Postman to play with django-trench, an open-source library built by a team of Merixstudio developers. We were astonished by participants' involvement and we have collected lots of ideas on how to improve and develop the library. The workshops have resulted in a couple of Pull Requests created to the project repository and what we hope for, a better understanding of how everyone can benefit from additional authentication. If you would like to contribute to our django-trench library feel free to share your thoughts on its GitHub site! 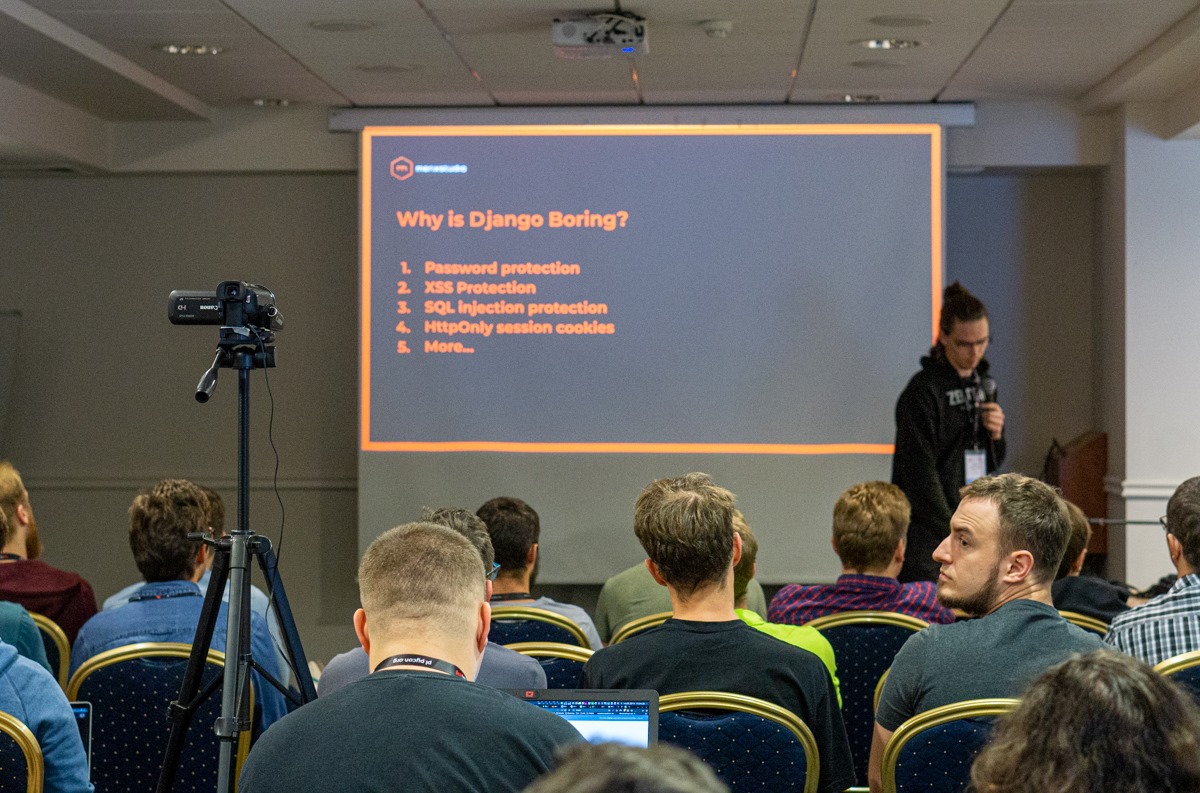 Right after lunch, our colleague Wiktor Gonczaronek took over the stage and attracted the crowd with a captivating subject of his talk. His speech “Hardening Django” highlighted an intriguing set of corner cases where Django misses on security and what you as a developer can do to avoid those shaky situations.

The evening belonged to Maciej Wielgus, Harvard’s scientist, member of Katie Bouman team behind the first-ever image of a black hole. Maciek has taken us on a fascinating journey on how Event Horizon Telescope works and how, thanks to Python-based applications, images of super high resolution are analyzed. Maciej strongly encouraged everyone to try their luck to reproduce the image of the black hole with open-source  Python tools and raw space data, which is available to everyone. 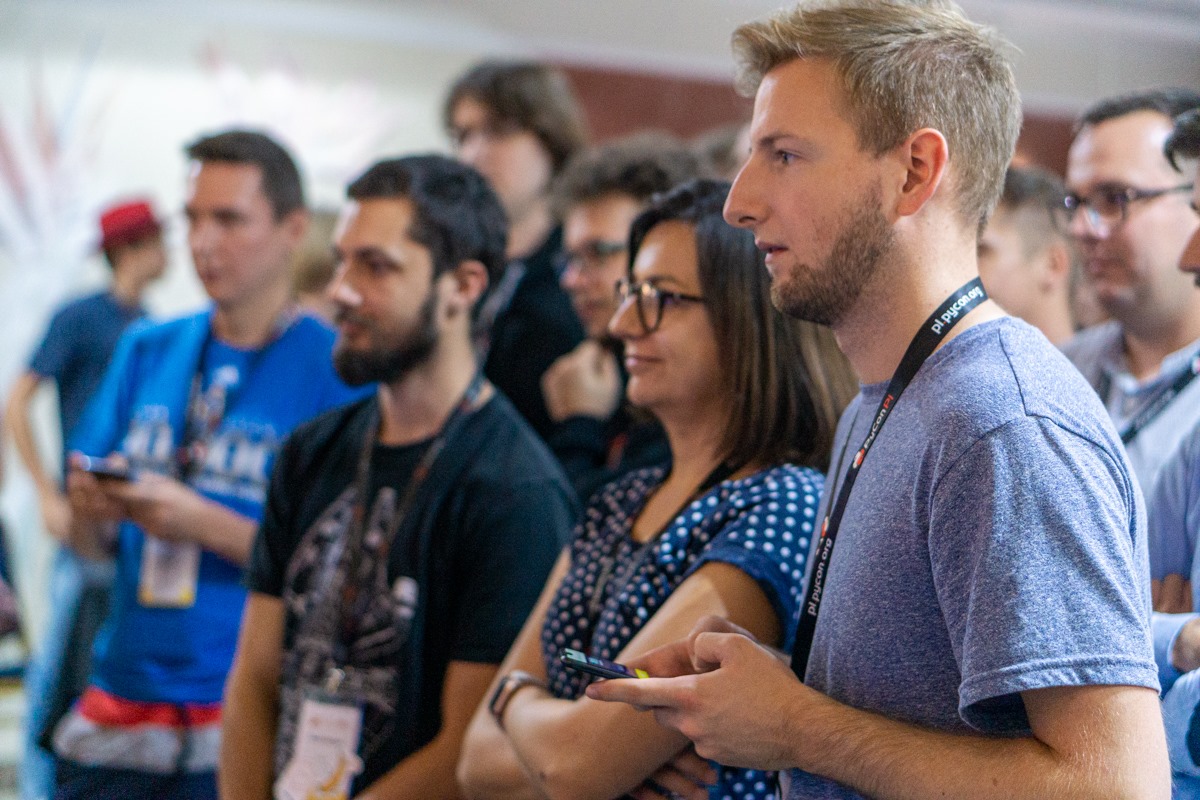 Crowd inspired by outer space trip has met soon again at a special BBQ dinner where local delicacies and craft beers have been served to conclude this productive, yet fascinating day. On Sunday morning we have split into groups again. Some of us attended a talk on exploring Python packaging alternatives, others helped pack up our thriving stand and have hit the road again. PyCon PL was yet again a successful event which united many like-minded people and certainly boosted the community. We are proud to be a part of the event and would like to thank you for your involvement. See you next year!