1. Do designers need to draw well to be good at their job?

Creating beautiful drawings is an impressive skill, yet not a top priority when it comes to UX design. Clients during workshops will not inspect if the lines or squares are drawn perfectly. That’s not the point here. They will, however, appreciate if the drawings (basic as it seems) will provide ideas and will be understandable.

At the same time, there are a few related skills that are crucial: the sense of composition, scale, hierarchy, contrast, and knowledge of colour theory and a general sense of aestheticism.

In the first stages of the project (many) designers rely heavily on “rapid prototyping”. This technique requires making sketches fast, often using just a pen and paper, but the visual outcome is not of great significance. The crucial part is not getting attached to the concepts but rather generating ideas on paper effortlessly, fast and conveying the core idea. After that step, in the majority of cases, there is time to polish the design in software that truly illustrates it. In the case of most projects, a paper sketch will not be provided as a final deliverable to the client, developers or a part of the official documentation. 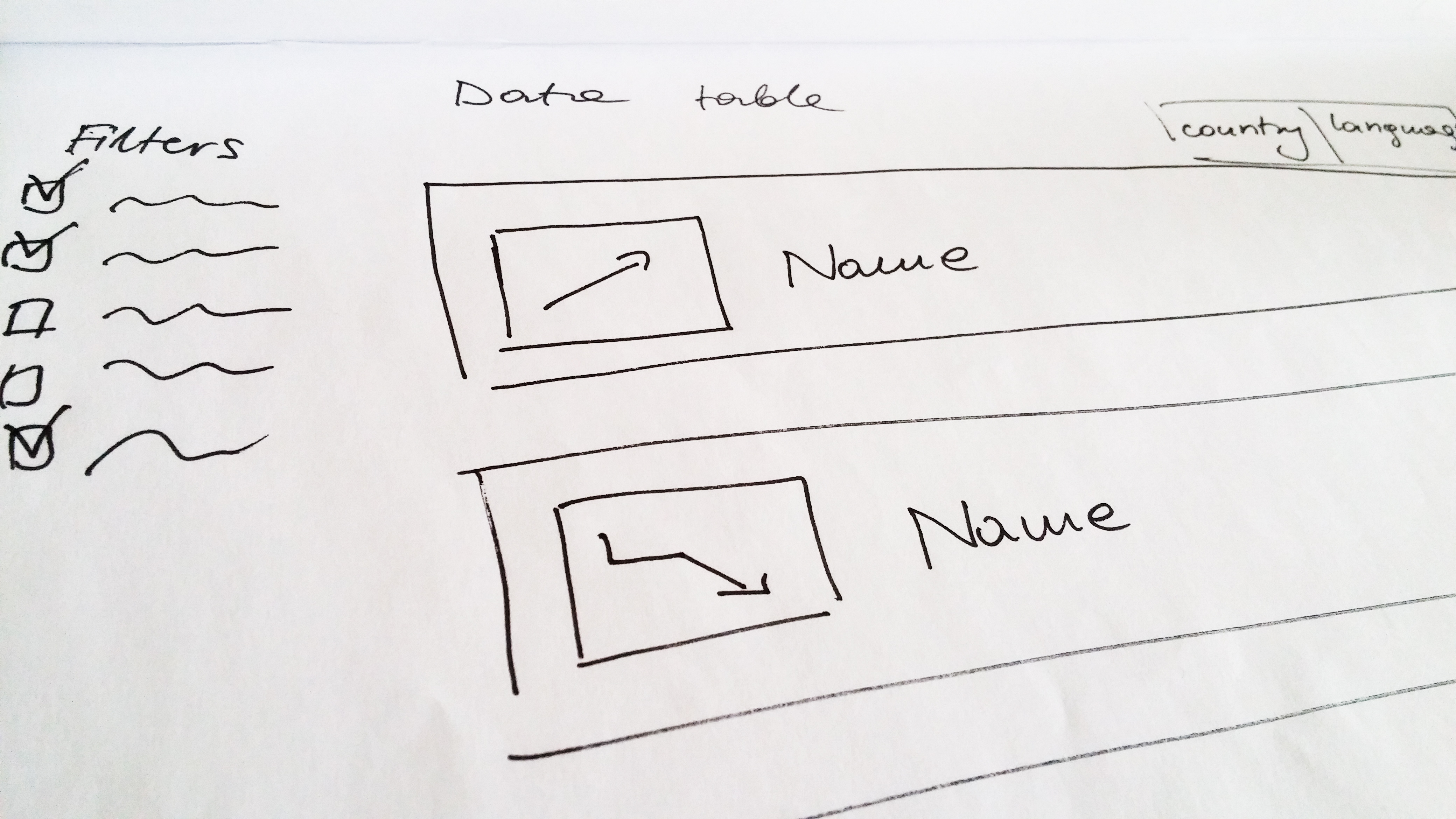 An example of a sketch, source: own

Having said all that, I believe that drawing is a very handy skill and can be considered on the top of the list of nice-to-have designer’s skills. In techniques such as storyboarding the story will look significantly better if drawn by someone skilled.

Do UX designers have to be adept at coding? No.
Do developers have to be versed in UX design? No.
Would it be beneficial for both sides to be at least vaguely familiar with what the other person is doing? Without a doubt!

Mutual understanding is what creates a great team. Speaking the same language facilitates communication. It also enables designers to avoid some mistakes in the design and move to more down-to-earth thinking (because everyone - UX designers included -  can get a bit carried away). Providing HTML prototypes might also be seen as an advantage and sometimes more practical than using, for example, Axure prototyping tool.

A prototype made in Axure, source: own

Going back to the main question: some designers code. As this is a job where very few people gained formal “UX Designer” education, many of them joined from other, similar domains (such as software development). A few years back, prototyping tools weren’t as widespread and advanced as today which made HTML prototypes a reasonable choice.

To clarify what “some” means I will rely on UX Report from 2017.

As many as 56% of responders admitted that they lack in skills associated with coding. If we were to shift the perspective and see the glass as half full, almost 50% of UX Designers didn’t feel that they were missing coding skills.

3. What is the difference between a Graphic Designer and UX Designer?

This is a very delicate matter. The question might be perceived as offensive for both sides. Both UX and graphic designers tend to be very proud of their occupation and might get slightly annoyed if you mix them. 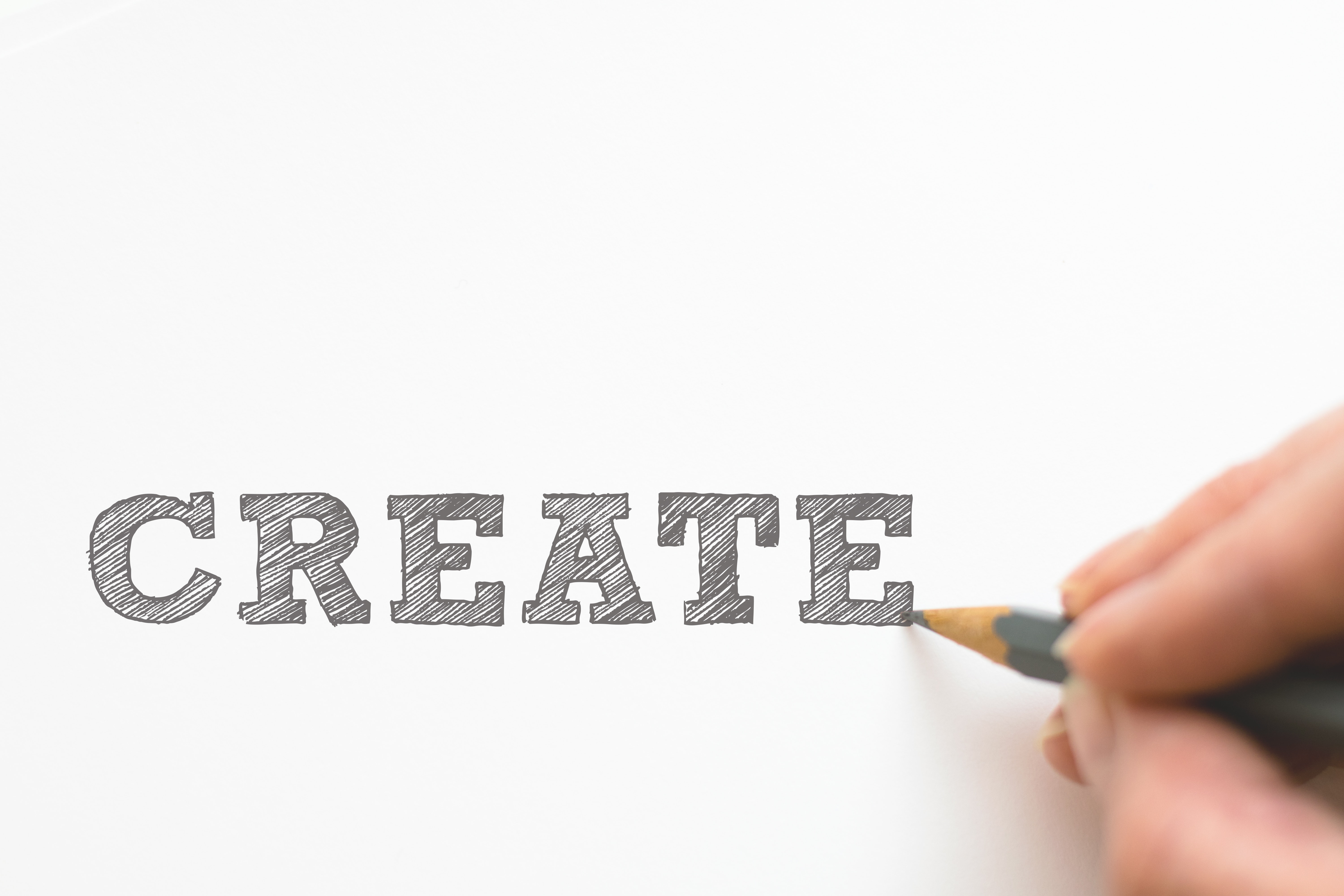 A typical Graphic designer has (at least to some degree) an artistic background, such as bachelor or master in fine arts, have some artistic skills, might know how to draw well, etc. The everyday tool for them would be Photoshop and/or Indesign (or other graphics tools). They are aware of colours, composition, have a high degree of aesthetics and quite intuitively can decide what looks great and what does not.

A typical UX Designer doesn’t exist. The person could have a degree in a wide variety of domains (ranging from psychology, IT, cognitive science to slightly less obvious, such as architecture or law), an insatiable thirst for knowledge, is constantly following the design trends and bad design spotted in everyday life can make them uncomfortable. Their workaday tool is a prototyping tool, ranging from pen and paper through Sketch to Axure/UX Pin/InVision/Figma, etc.

4. What do UX Designers do?

That’s a question not very easy to answer because there are a lot of definitions of UX Designer role. UX Designer does (at least in theory) a wide range of tasks and the exact responsibilities will vary from company to company.

Some people are specialised in very narrow pieces, such as UX research or analytics. Other have a vast range of responsibilities, e.g. UX Strategists. Examples:

5. What do UX Designers not do?

As mentioned before, responsibilities may vary from company to company making it hard to access what is a task for UX Designer and what is not.

The list below provides a more general remark about what UX Designers don’t do:

Perhaps after reading my article you feel that you have found your vocation - in such case check out Maria’s article “How to become User Experience Designer”. You might want to pursue a career in the UX domain!

Last but not least - if you have more mind-boggling questions about product design - let us know!

How to diagnose UX problems in software modernization: methods and tools

How to improve user experience through software modernization