To add or not to add new app features

That is one of the questions that you’ll sooner or later need to answer as a C-level at a scale-up company. However, before you nod in assent, take a look at these pieces of advice:

These three sentences are attributed to Leonardo da Vinci, Antoine de Saint-Exupéry, and Bjarne Stroustrup. Even if these respected individuals aren’t the ones who actually uttered the abovementioned words (we all know that quotes tend to be misattributed), there’s undeniable wisdom to these phrases. All of them get one thinking about the relationship between simplicity and usability – and maybe once you read them, you’re not so sure anymore whether new app features are always a good idea.

Before you solve this Shakespearean dilemma, we suggest asking yourself a couple of more down-to-earth yet equally meaningful questions:

The thing about usable solutions is that they’re always rooted in real-life problems. Sure, jumping straight into new app feature development is tempting when your competitors are growing their products at a breakneck pace. Nonetheless, unless the further development of your mobile application takes into consideration business objectives and user needs, you might be putting your product at risk. Just like LiveChat did at the turn of the centuries.

📙 How LiveChat kept bloating with features… until it exploded

LiveChat is a complete customer service platform with online chat, help desk software, and web analytics capabilities. The solution was launched in 2002, and it soon began to grow. To quote Bartosz Olchówka, who’s been a part of the company for over a decade now, “In the beginning, adding new features felt good. We loved employing new technologies, and our customers loved getting what they asked for. It seemed to be a classic win-win situation.”

However, the enthusiasm for growing the product soon took a tool on LiveChat. At some point, introducing minor changes caused bugs in the software, and the company started noticing bizarre ways in which customers used their product. As Olchówka says, “in 2009, we took a step back and finally understood that feature overload is not a good way to go. We made a decision to simplify the product as much as possible.”

Having decided that removing the excess features wouldn’t be enough, the LiveChat team undertook to create a new version of the application from scratch. The results were impressive: 20% more customers in a month, and 70% of old customers migrating to the new product within a year. This case only shows that sometimes, less is more.

A few rules for adding app features without disruption

As long as the new app features are aligned with business and user needs, adding them sounds like a good idea. The challenge at this point is to do that in a non-disruptive manner. After all, your mobile application already boasts a large customer base – and the worst thing to do would be to devastate their user experience. Here’s the list of factors you need to consider if usability is your top priority:

You may have an in-house development team or work with a tech partner. Whichever scenario is true for your business, let us state the obvious: team composition does matter when you want to introduce new app features in a reasonable and sustainable way. It’s not enough to be knowledgeable about software development in general – designers and engineers you employ should be skilled in creating mobile solutions in particular. User-centricity, forward-looking attitude, and experience working with mature products are valuable as well – not to mention a pinch of creativity and problem-solving skills, which are always a plus. 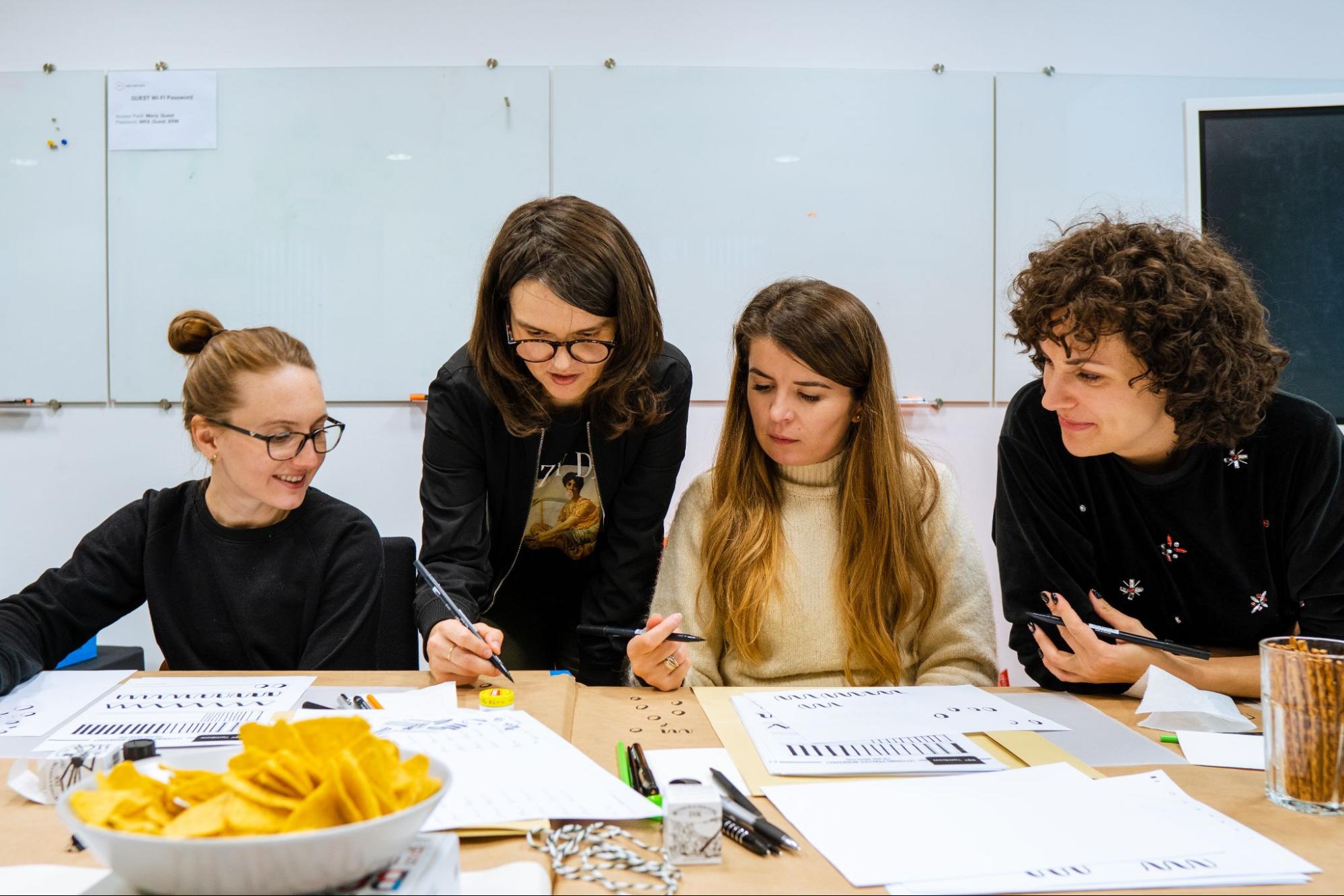 Like it or not, mobile app design is not a one-off. If your product is alive on the market, design is not limited to the creative phase of introducing new screens, color schemes, or information architecture. In fact, it would be impossible to keep inventing new design elements every day. As long as your product keeps breathing, design is also about maintenance. Your users change, industry trends evolve, and so should your design if you care about the usability of your mobile application. Otherwise, you risk design debt buildup, which can have serious business consequences.

We’re emphasizing the continuous nature of design because the ill-considered process of adding new app features fosters the accumulation of UX debt. If you care about user satisfaction, mobile app growth should never be an ad-hoc thing. To introduce a new feature smoothly, you need to first define its place in the app’s ecosystem.

Then, we advise you to observe the dependencies within the application and the mutual influence of specific features. It might be challenging in a scale-up environment, where several teams work on the app simultaneously. Good practice, in this case, is having the squad that defines the new feature consult it with other teams working on the application. That gives everybody involved a bigger picture of the software and reveals the potential threats.

By now, you know that having a solid rationale for introducing a new feature is critical. Sometimes, though, it’s easier said than done. It might be that the product team is made to accommodate the needs of users, stakeholders, managers… As you may imagine, the more people are involved in the decision-making process, the easier it gets to start gilding the lily rather than actually improving your mobile app’s usability. That’s where prioritization steps in.

Out of the three, confidence seems to be the most objective criterion because there’s no other way to calculate it than by looking at real-life evidence.

As such, it may help tip the stakeholders’ scales in your team’s favor – not to mention that evidence-based prioritization supports the composition of a well-groomed design backlog and product growth roadmap.

Gathering evidence certainly did help our team working on a mobile application for an enterprise client from the entertainment industry. To identify features that would best improve the app’s usability, our team conducted two UX audits, numerous user tests, and collected dozens of reviews from app stores. Discussing this evidence with the client regularly gave both our team and the client confidence in our judgment of the new features’ priority.

Users aren’t fond of sudden changes; just think of the backlash the redesigns of Snapchat’s interface or Google’s search page have caused. The reason is that introducing new features usually means relearning and inconvenience. You can prepare users for the change, though. Among the most effective ways of alleviating the product update pain are:

There’s a catch, though. Just as there are consumers who don’t read instructions, there are also users who aren’t fond of walkthroughs – especially if they’re unskippable or on the lengthy side. The key to high usability is to design a new app feature so that it doesn’t disrupt the user experience – and, as such, doesn’t require an extensive explanation. That’s why turning your mobile application upside down isn’t the best idea, even if there’s plenty of room for improvement. It makes much more sense to do it step by step and give users some time to feel confident again.

How to design new app features that add value

If you’ve made it this far, you’re no longer likely to fall victim to feature creep. You also know how not to overwhelm users with changes to their beloved mobile application. But before you go, we’d like to give you some tips on how to design the new features so as not to ruin the app’s usability in the first place.

First and foremost, make sure the new functionality supports users on their way to achieving goals within the application. The tools you can use at this stage are analytics and usability tests.

If you’re adopting a product-oriented approach to your mobile app development, we recommend introducing analytics from the start. This will give you and the product team objective insight into how users react to changes and prove that you’re not dealing with whims only.

As far as usability tests are concerned, you don’t have much to test when you’re only considering adding a new app feature. At this stage, user testing focuses on examining users’ needs and pain points. The progress of development work opens up more possibilities of usability testing, from guerilla testing to mockups and prototypes assessment.

If user tests are out of your reach, resort to desk research instead. Browsing through industry reports and examining other mobile solutions should give you insight into user behavior and design patterns. Understandably, we don’t encourage the mindless copying of specific features. When it comes to solutions that have stood the test of time, though, there’s no need to reinvent the wheel.

The hardest part of introducing a new app feature is figuring out how to make it a part of the system. As you’re no longer dealing with an MVP but a mature application, consistency is everything – in terms of UI, UX, and all things code-related.

The type of mobile application we’re dealing with makes a difference consistency-wise. Your product may be a native or cross-platform mobile app, a PWA, or an RWD application. In each case, the process of implementing new features will be different. If the app’s used on desktop, you need to consider UX and UI on desktop, and both versions need to be congruent. On the other hand, dealing with a strictly mobile app, you’ll need to pay special attention to how the new feature handles interactions and gestures.

The tool that will bring you one step closer to consistency is the UX audit. Conducted early on, it allows identifying areas for improvement and quick wins. For example, your team may find out that buttons in the app lack states such as disabled or hover, and introducing those will make a huge difference for users at low design and development effort. As such, UX audit helps eliminate legacy issues before introducing the new features and makes the backlog composition a breeze.

Blending in the new app features with the existing product is also facilitated by the design system. It’s a “collection of reusable components, guided standards, clear rules, and principles, implemented in design and code” that serves as a single source of truth for the team developing your mobile application.

In addition to the UI-focused design system, you should also pay attention to creating and regularly updating the app’s documentation. Not only will it standardize your development efforts, but it will also expedite the onboarding of new designers and engineers.

Regression is a thing in mature applications. Unless well-thought-out, the introduction of a new feature may bring about a domino effect that can drag the whole app down. That’s why you always need to check if the functionalities you’d like to implement will work well with the current tech stack and the app’s architecture. If they don’t, it may turn out that it would be easier to rewrite the app from scratch than to integrate the new features – and that’s a costly and time-consuming process that few organizations can afford.

Last but not least, when toying with the idea of growing your mobile application, consider the long-term perspective as well. While introducing a new app feature may be a low-effort endeavor now, its maintenance may prove costly in the future. For example, “adding custom case tiles might seem simple in one language, for example, but maintaining case tiles in multiple languages could be challenging.”

Regardless of what and how many new app features you decide to introduce, your primary responsibility is to keep delivering a delightful user experience with a mobile application that supports your organization’s goals. However pompous it may sound, that’s what your efforts boil down to: usability and value. And only by having these two as a compass can you achieve healthy product growth.