Although there are a number of different techniques used in software testing, we can group them into 3 main categories:

As you probably already expect, in this article, I’m going to focus on a couple of black-box techniques.

First, let’s make clear what is black-box testing by discussing some distinctive features of the black-box techniques:

Today, I will discuss in the following black-box testing techniques:

Let’s start with Equivalence Partitioning (EP), also known as Equivalence Class Partitioning, which is used to reduce the number of test cases. To employ this testing method efficiently, the tester needs to partition input values (these can be also internal values or time-related values) on sets of values that are processed in the same manner by the application. It’s crucial to remember that value sets can’t overlap and that both valid and invalid values are considered. Then, the tester selects one representative value from each partition, assuming that it covers all elements of a selected value's class.

Equivalence Partitioning can be used during the testing process, when all the values within a given set of values are handled in the same way and when testers can uniquely extract the values for the valid and invalid partitions.

Values that can be tested this way belong in the following categories:

It's a good idea to use EP with boundary value analysis because this way, the tester extends the test values with the weight at the edges of the partitions. This, in turn, lets the QA check whether the boundaries are set correctly.

The team develops an application with a user registration feature granting access to other features of the app. As part of this functionality, the client provided password requirements for acceptance criteria:

In case of this functionality, we can use 2 different cases of equivalence partitioning:

The first test should determine what valid and invalid sets comprise when it comes to the password’s length.

In this example, the tester has 3 partitions: one valid and two invalid. Now, their task is to choose representative values.

Passwords from the top 100 and from outside the set*

In this example, the tester has 2 partitions: one valid and one invalid. Now, they need to choose representative values.

*Please note that in good functional testing, we often come across what is popularly considered the security domain.

Dealing with this black-box testing technique, we can come across functional defects in the handling of various data values. It may happen that applications treat valid data as an invalid value and vice versa. For instance, when the user enters 2000 as the year of birth, the application doesn't accept this value but it accepts 2030.

Interested in other articles about Quality Assurance? Check these out:
🔸The role of testers in Agile product development
🔸Cruel Preeminence - severity and priority in software development

The next black-box testing technique – which I’ve already mentioned in the previous paragraph, by the way – is Boundary Value Analysis (BVA). This method is often used with EP, whereby boundary values are found on the edges of the equivalence partitions. When the QA wants to use the BVA technique, they need to know the minimal increment of values that will be tested. Depending on the risk assessment, the tester can follow one of two approaches:

Boundary Value Analysis is applicable when data can be organized into equivalence partitions – which is necessary to determine the boundaries. To give you a practical example, this black-box testing technique can be used in the following events:

Imagine the client orders an application for an upcoming comic convention. One of the functionalities concerns the registration of users to the cosplay competition. According to the regulations, you must be at least 13 years old to participate in the competition, however, participants under 18 must submit the consent of a parent or a legal guardian to participate. Developers handed over the functionality for testing regarding the requirement for consent for minors and now we need to test it.

As you can see, the interval is left-closed, right-open, because we are allowed to participate in competition when the participant is 13 years old and until the participant turns 18, the parent's consent is required.

If, after a risk assessment, we decide to test using two values:

If the risk is considered to be high, then select:

Boundary Value Analysis may come in handy when it comes to identifying the following types of defects:

Decision tables make it easier for the tester to check combinations of input conditions. It is usually an easy way to present all data or essential combinations in a transparent form that facilitates their design, programming, and testing.

Test level: generally used for integration, system, and acceptance test levels. May be used for testing components that are responsible for a set of decision logic.

Decision tables can be used in integration, system, acceptance, or modular tests, where decision logic occurs. They’re also applicable when requirements are written in the form of flow diagrams or business rule tables.

Possible test cases for this discount functionality will look like this:

The QA can present these cases using an array:

For more information about the decision tables, you can read my previous article Decision table: How to use it in software testing?. You’ll find there instructions on how to create a decision table or reduce it when this table is over-complicated, as well as get to know more use cases for this technique.

This black-box testing technique detects any defects related to the processing of the inputs’ combination, such as:

As the name suggests, State Transition Testing is used to test any kind of software that has defined states and events capable of causing transitions between those states. Here are some examples of software where this black-box testing technique would prove particularly useful:

The application can be used only by registered and active users. When new users sign up, a new account is created with “pending” status, and the activation link is sent to the user. When they click the activation link, the user's account status is changed to “active” and the user can deactivate their account now. When a user has an inactive account, they can activate the account again.

Admin can block active or inactive users. Admin can also unblock the user's account – and when the account gets unblocked, the status of the user changes to active. Regardless of the user's status, the user can be removed by admin.

The QA’s task is to test changes in the account’s status. To make testing easier, the tester can create a diagram showing the transition between states. 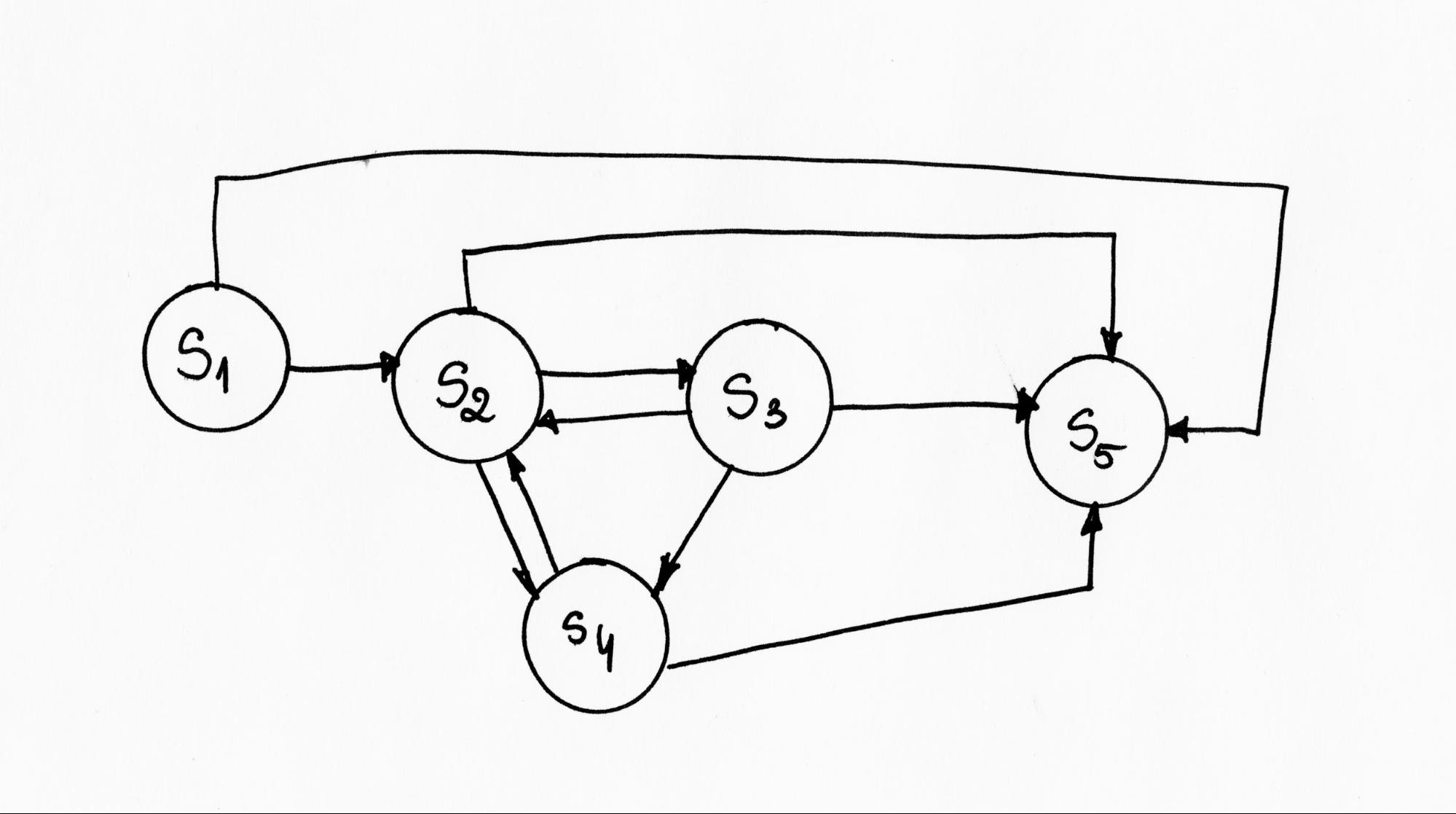 Any defects captured by this technique relate to state changes, transitions between states and their deficiencies, or data transfer between these states. Some examples include:

Now, how about some practical knowledge? Performing State Transition tests, a tester can identify the following bugs:

Use cases are based on a scenario or a description of the application/software operation that imitates the use of the component or system. In this black-box testing technique, we need to define interactions between an actor (human users, external hardware, other components, or other systems) and a component or a system that responds to the actor and behaves in a defined way.

Use Case Testing proves helpful in the following situations:

Use Case Testing example: the customer wants to use the 10% discount for clothes

In the online shop, sellers can send a customer a one-time coupon with a time limit. The tester should check if the discount works properly. 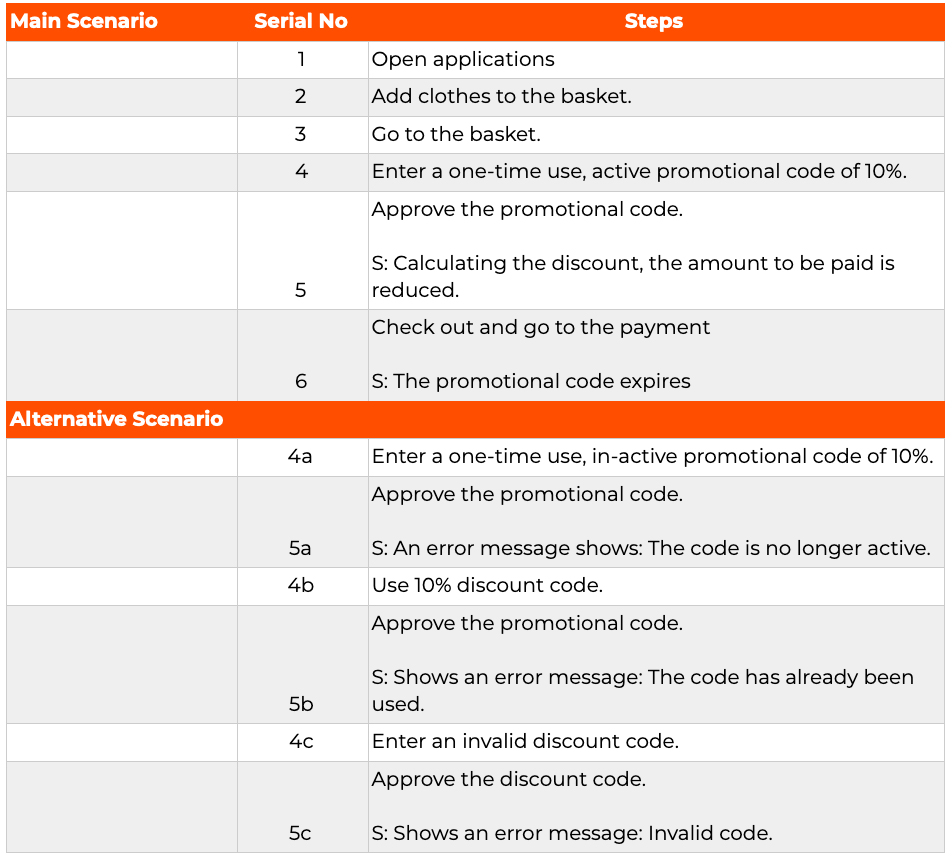 Testers using this black-box testing technique can come across all kinds of defects associated with incorrect processing of the given condition or an invalid scenario processing. Lack of alternative path support as well as incorrectly or weakly implemented error reporting can be spotted as well.

Of course, the five methods discussed above are by no means all black-box testing techniques there are. The ISTQB Test Analyst 2019 syllabus takes into account the existence of at least two others: Classification Tree Technique and Pairwise Testing. I haven’t included them in this guide as I'm still exploring them – so it’s likely once I become familiar with these two, I’ll come back with well-presented examples of Classification Tree and Pairwise Testing.

Decision table: How to use it in software testing?

What every software tester should know about Usability Testing?

March 12, 2019
Outdated software slows down your growth? Bet on modernization!
X
READ WHITEPAPER
Don’t put off modernization any longer!
The only constant in life – and software development – is change. The trick is to modernize without disrupting your business’s growth. How? Learn by reading Modernize and grow! READ WHITEPAPER
X